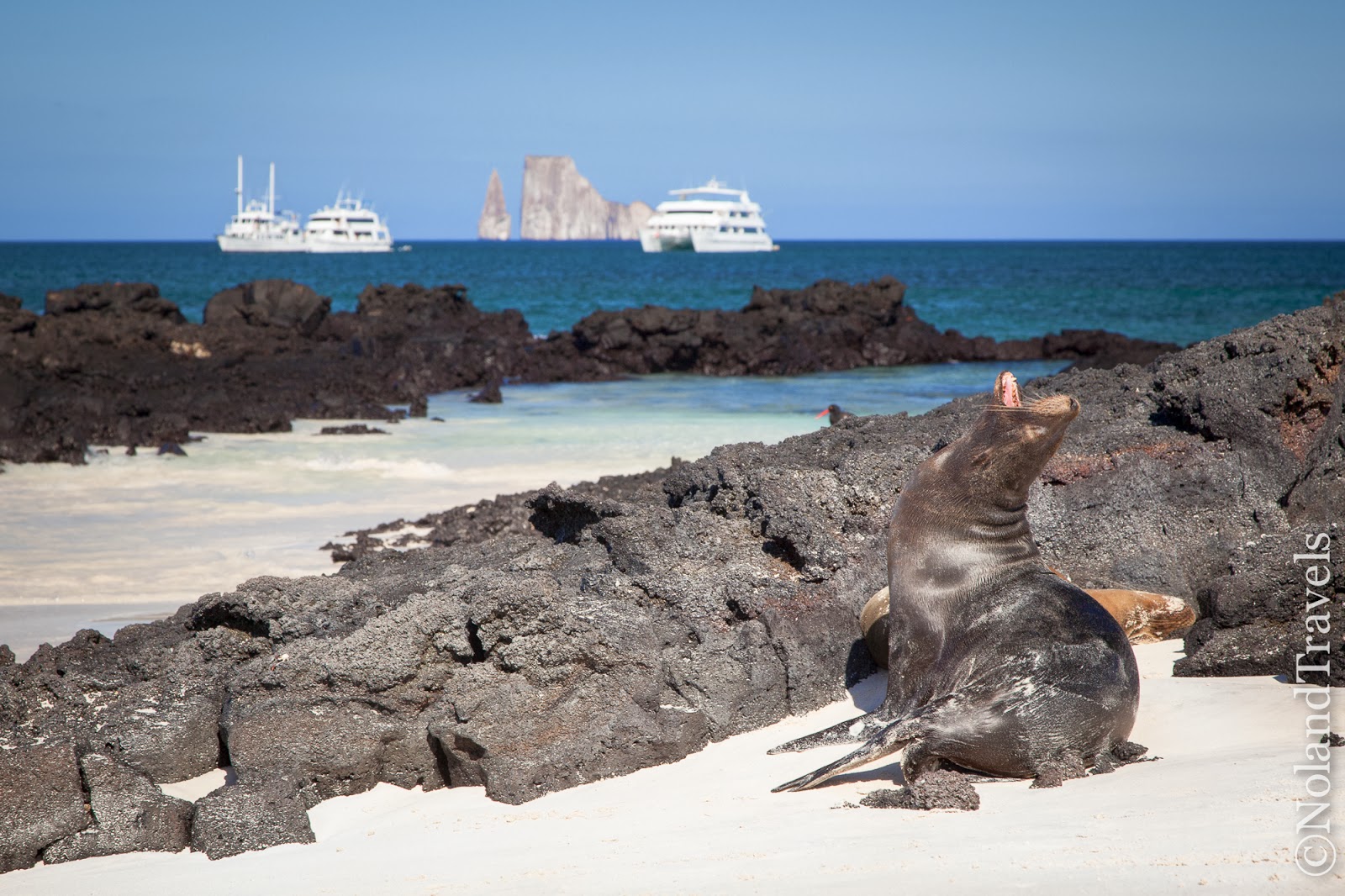 After an overnight ride we parked just off the coast of San Cristobal, the next island on the itinerary. We were in for a big day and it kicked off early because we had 3 stops to make. 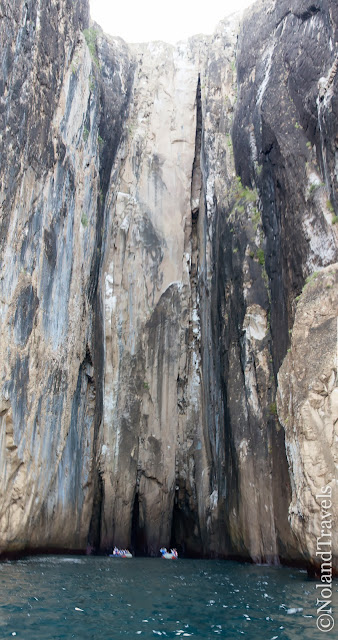 First up was a dingy ride through the nearby caverns in the area. As the sun peaked over the horizon, we climbed into the dingy to explore some nearby caverns and cliffs. It was a little chilly this morning and we were still sleepy eyed but were eager to see what was ahead. It was a fairly uneventful cruise through the caves but at one point, we had to time the wave surge in order to make it through a tight passage without crashing into the narrowing walls and celling.

Our destination was the tall cliff you can see in the photograph.  Steph actually had the idea to take this vertical panorama shot.  Even with movement of the ocean it came out ok and shows the scale of the island cliff (see our tiny boats at the bottom?).  You can also see this in the last picture a similar sense of scale with the expanse of the ocean.  Its hard not to feel small when faced with those types of scenes.

From there we headed to a nearby beach for a wet landing and morning stroll on the white sand crescent-shaped beach. There were a few sea lions, sally lightfoot crabs and one hungry pelican who was entertaining to watch hunt. I also ran into a few iguanas that posed for a photo towards the end of the beach.

The beach itself was probably one of the more picturesque and without any other activities to pre-occupy us, the peaceful stroll was a great way to start the day. The warm sun brought the day to life and the colors really started to pop. The blue waters, white sand and contrasting black lava rock did not disappoint. Add with the views of Kicker Rock on the horizon, our next snorkeling destination, we couldn't help but appreciate the scene.

Up Next: Kicker Rock - Snorkeling Surprise 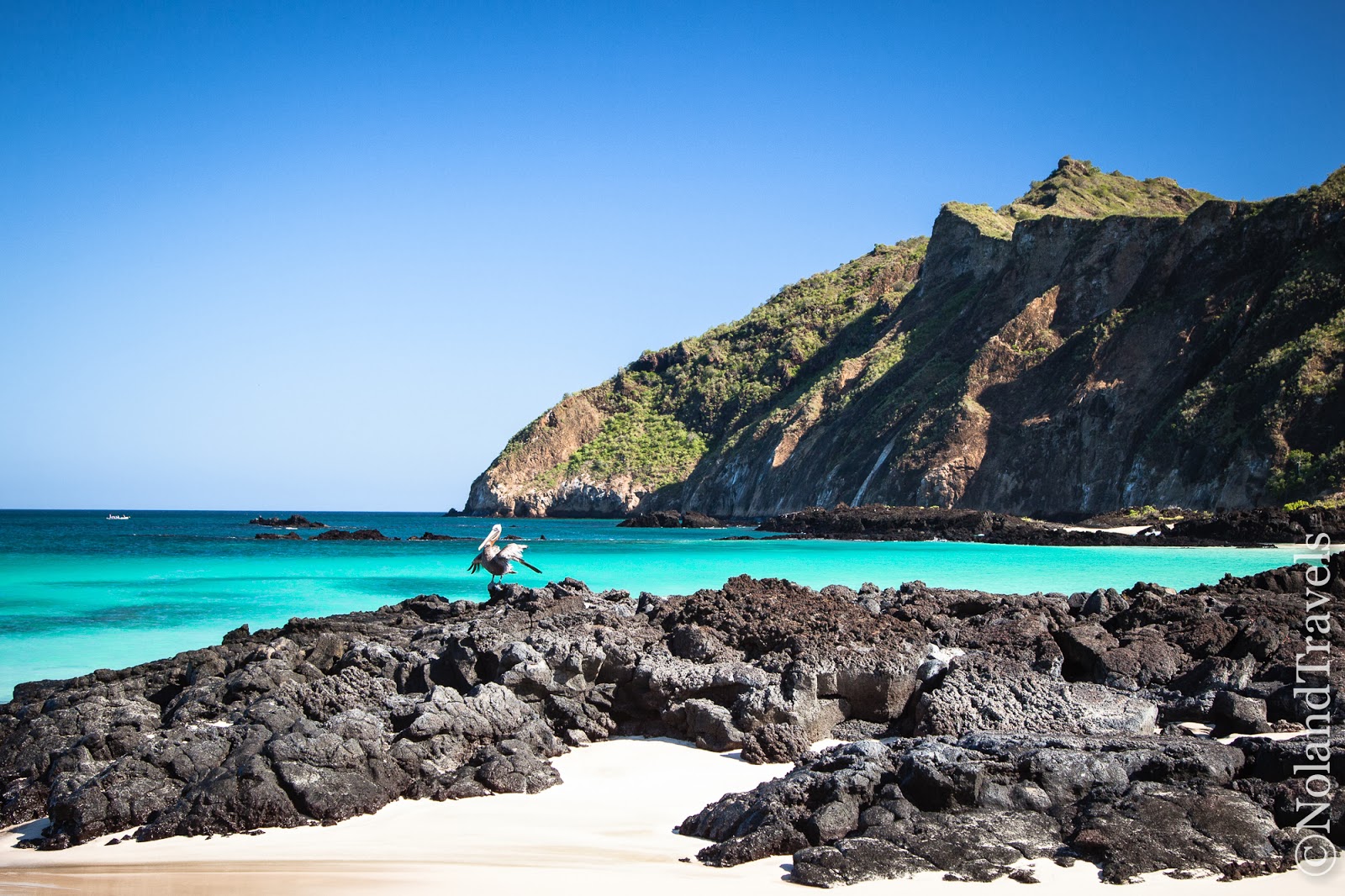 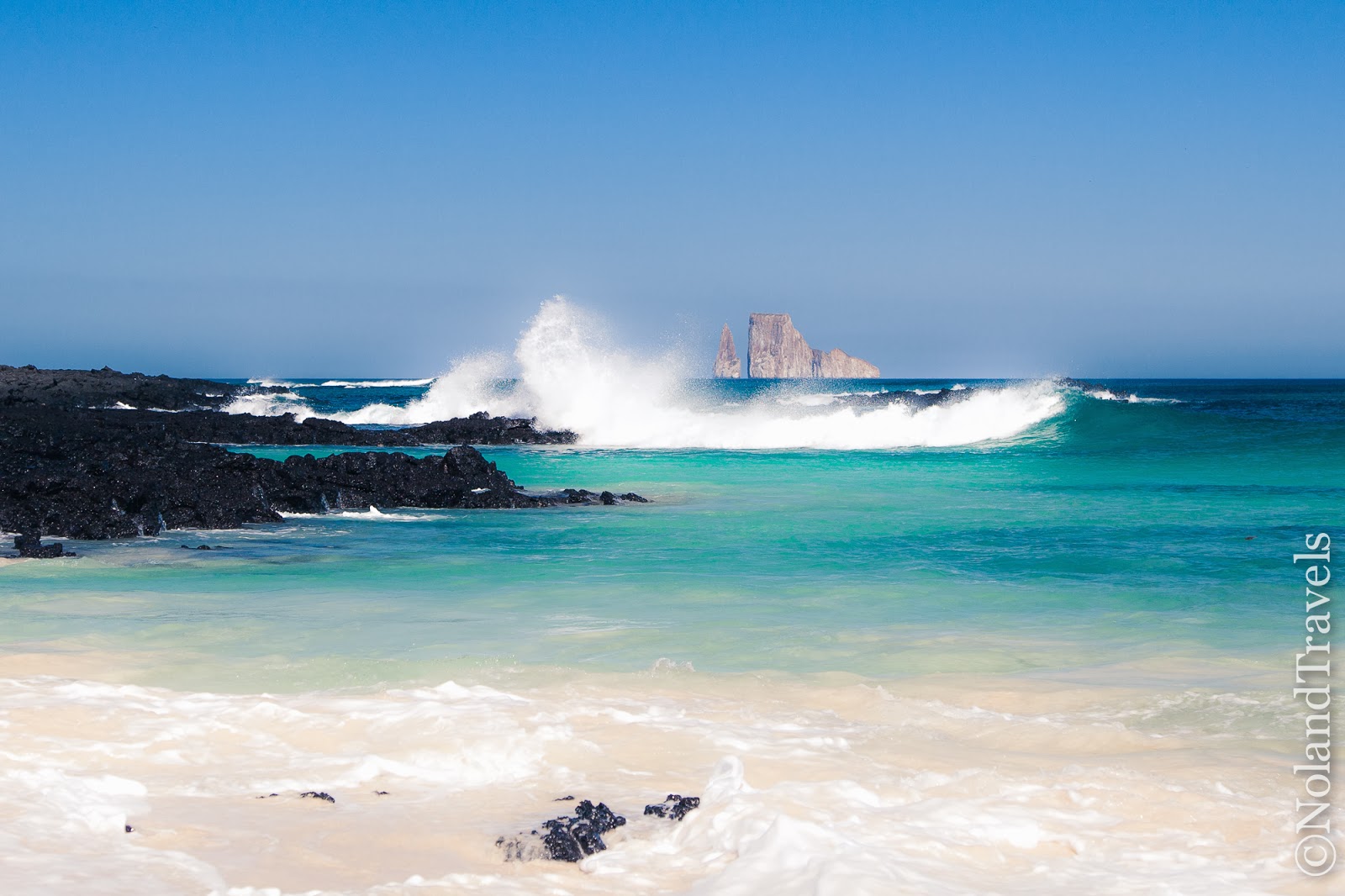 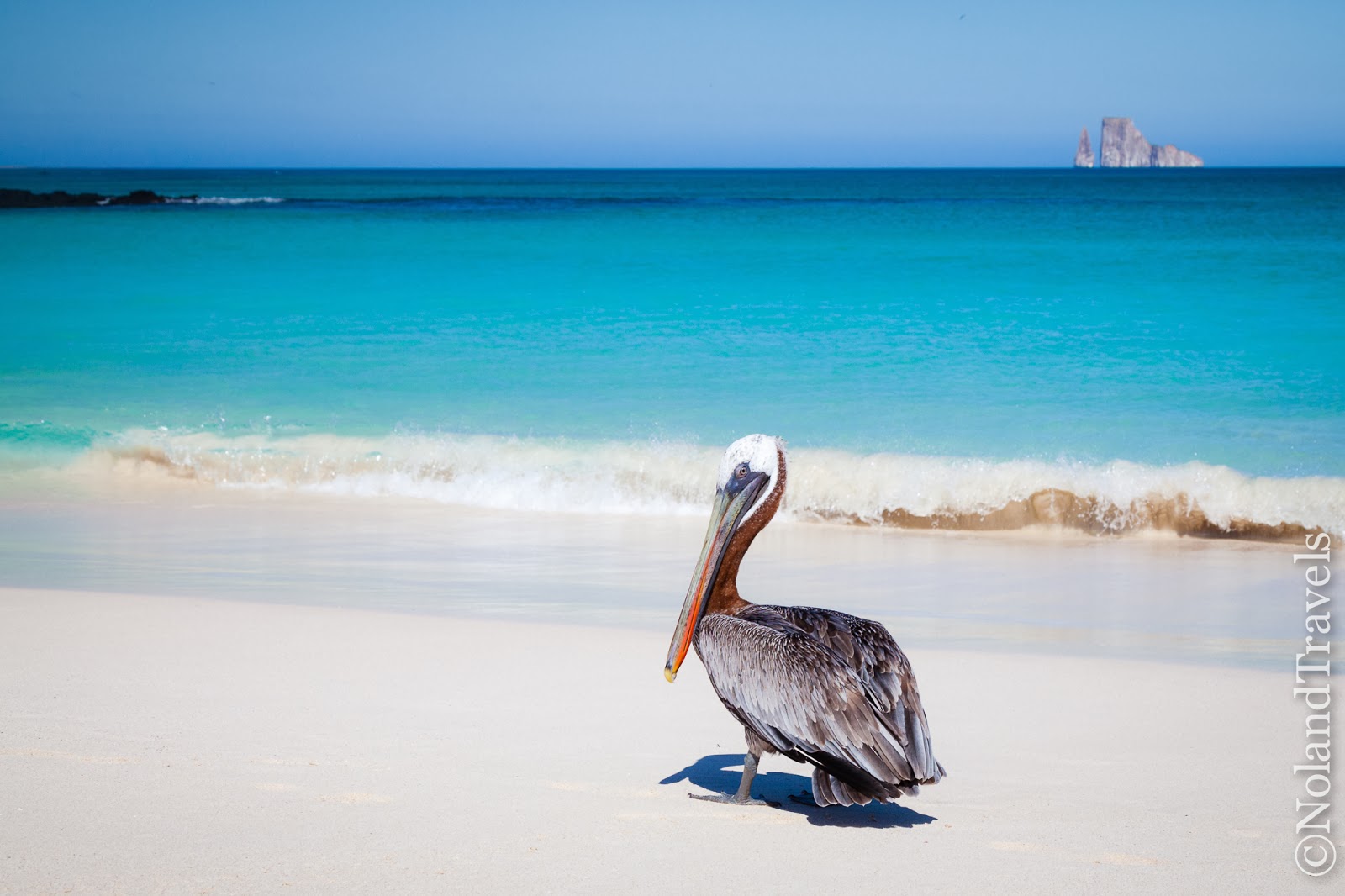 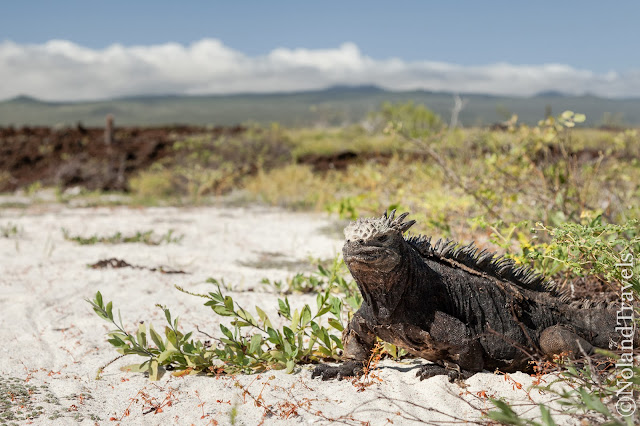 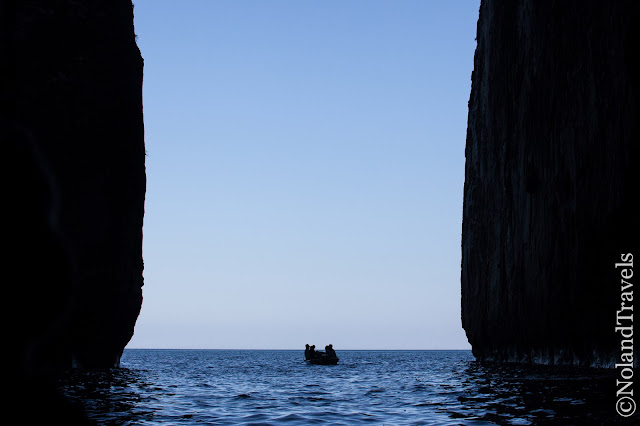