Time to Travel - Visiting the Galapagos and Inca Empire via Quito 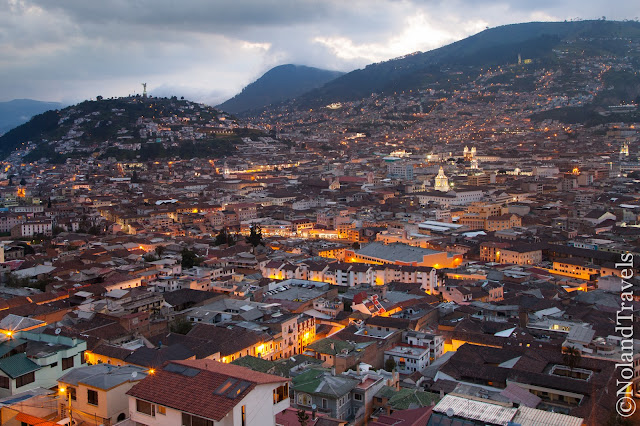 Throughout the latter half of 2012 and the first months of 2013 we were content to be city-bound and enjoy New York City.  Other than a few trips home, we really hadn't done much moving around. As the cold winter months in the city took its toll, we once again found some inspiration to hit the road. We wanted some of scenic views, sunshine and a little adventure if we could find it.  And South America was calling us and to top it off it was a continent we had yet to visit. 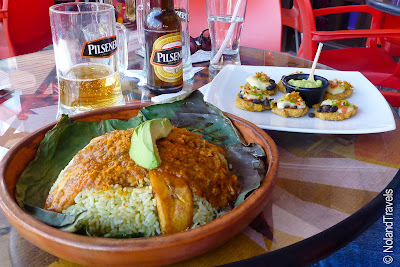 In thinking about South America it wasn't long before the Galapagos and Machu Picchu were on our our targets - they are epic sites, we had friends who recently visited and a co-worker from Peru on which we could rely.  So it wasn't long until we booked a jam packed 2+ week journey and away we went!

Starting in Ecuador, we wanted to visit the Galapagos to see why
Darwin was so inspired before hopping over to Peru to visit the home base where the ancient Inca civilization thrived.  We took a ridiculous 2am flight from JFK and hit the ground in Quito to start adjusting to the altitude which would plague us for a good portion of the trip.


Landing in Quito, our driver was waiting for us with a simple sign in hand but a large smile on his face. He was a nice older gentleman who spoke about as much English as we did Spanish. Enough to get by and communicate but conversation was tough.  On the ground we were a little weary from the overnight travel but excited to be introduced to South America for the first time. 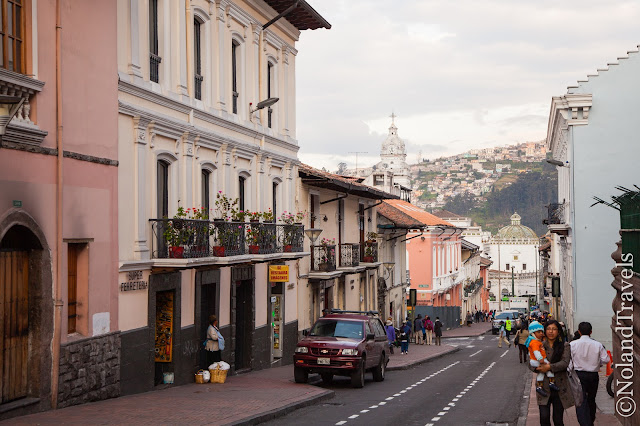 The trip was well planned but we were packing a lot in.  Quito was mainly just a stopover on the way to the Galapagos and our morning flight gave us a few extra afternoon hours to explore. After a refreshing cerveza over lunch, we crammed our way onto a local bus headed to the old town. 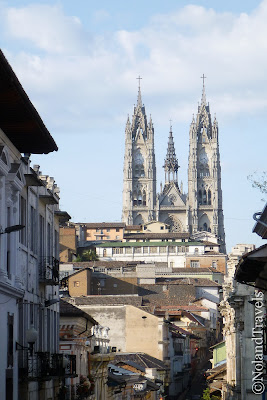 Old town was full of narrow streets, colonial buildings and European-style squares.  It was bustling and full of life. We enjoyed strolling around, window shopping and photographing the intricate, and sometimes, imposing architecture, in the case of the large cathedral.  We stopped in a little bakery for a afternoon treat and Coke in the bottle, with a customary straw.

A couple of things to know about Quito:  First, the equator literally runs through the city limits, so the days are like clock work. Up and 6am and down at 6pm, give or take a few minutes throughout the year.  Second, as with much of this part of South America, Quito sits high in the Andes at an elevation of 9350ft above sea level, which can takes some adjustment.  Just walking in the airport we found ourselves huffing and puffing.  What a strange feeling. Your body occasionally just needs to take a deep breath and you find yourself almost gasping for air, which can be surprising because that is usually only associated with certain activities.  Things like turning around too quickly or reading a airport sign usually aren't one of them. 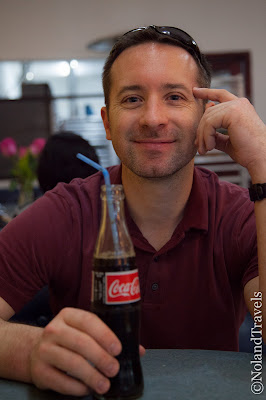 However, being up in the Andes does have its benefits, namely the city is set on series of peaks and valleys that can reward you with great views of the city.  So, a full day of traveling, the altitude kicking us in the tail and the sun setting, we grabbed a taxi out of old town and headed to a recommended restaurant to see if we could find said vista over the city.  We had success!

After sunset, we called it a night because our early morning flight to the Galapagos would come calling at 4:30am.  We had to leave for the airport by 5am to make our 7am flight.

TRAVELLER TIP : A quick note about the Quito airport.  It is brand new, literally opening in February 2013.  However, its at minimum 1 hr from the city which means it is not a good "layover" city.  You have to go into the city for accommodation and that entails an hour taxi ride each way through some mediocre roads with traffic-inducing one-lane bridges and hair pin turns.  Just plan accordingly.

Anyway, up next was a Galapagos adventure.  R&R was headed our way along with some island hoping and the infamous creatures of the Galapagos. 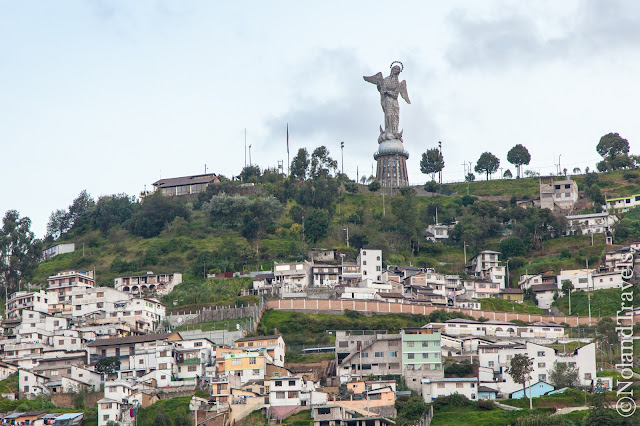