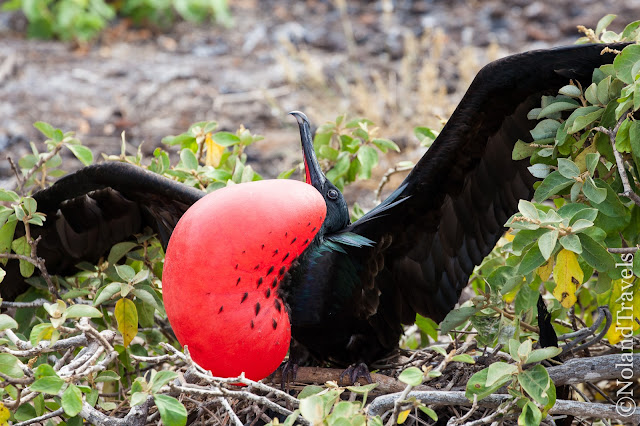 The island of Genovesa introduced us to a few new birds and was one of the best bird watching spots we encountered on the trip.  At Prince Phillip's Steps we climbed up 25 feet to the top of the cliffs where we began a walk though one of the most memorable bird encounters we've ever experienced.  It was a bird watchers paradise! 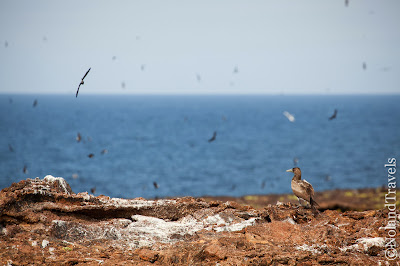 To better explain the awe of this island, you must understand how touring works in the Galapagos. They are strict about human-wildlife interactions and keep you to pre-defined walking paths.  Guides will be quick to yell if you're stepping outside the lines or if you get too close to one of the inhabitants. Particularly with the birds, many don't have natural predators and they also don't fear humans because of the well-controlled, no interaction touring rules.  So with birds with no natural fears, we were able to get amazing, almost shockingly, close to birds.  Birds nesting on the ground.  Birds performing mating dances.  Birds just hanging out. Simply amazing!


First and foremost, say hello to the Frigate bird with his red pouch inflated trying to attract the ladies. He sits in a nesting site making a calling noise and inflating his red pouch trying to find a mate.  In addition to his pouch, the ladies also inspect the nest that he built.  We had fun watching, and listening, as the Frigates showed their stuff.

Next up, we saw a lot of boobies. We mean birds - where is your filthy mind?! Yep, the white bird with red feet is the Red Footed Booby. Clever name, right?  These guys nest on the ground, rest in the trees and are excellent flyers that fish out in deep water.  They have developed claws on their feet to hold onto the trees.  While he's quite crafty, he's also a looker with those stunning feet and the beautiful watercolor face.  This little guy stood patiently in a tree within arms length while we photographed him. 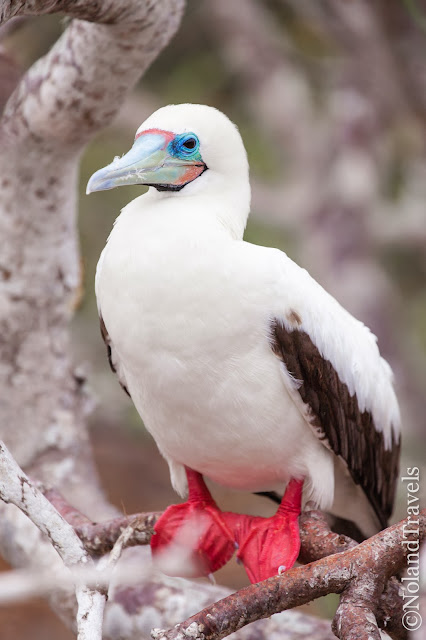 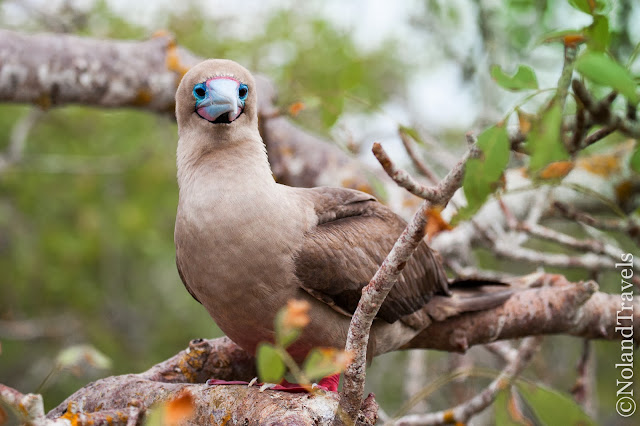 Next up the Nazca Booby.  This guy is also called the masked Booby and to eat it makes very dramatic dives into the ocean to catch its food.  They circle around and then dive bomb the ocean which is very fun to watch.  On land they are just as fun with their awkward side wobble as they take step after step. The juvenile's don't have the orange beak yet and were malting when we were there. 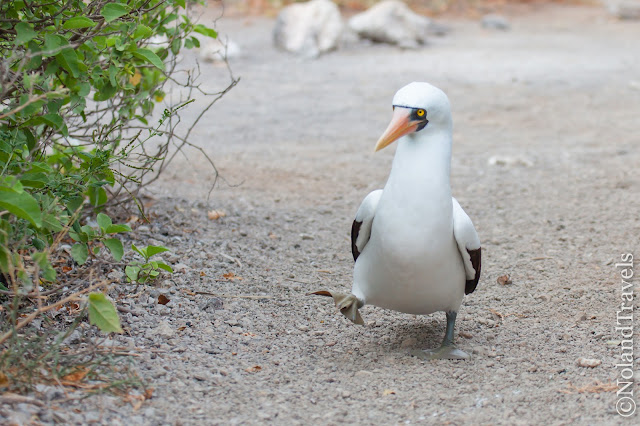 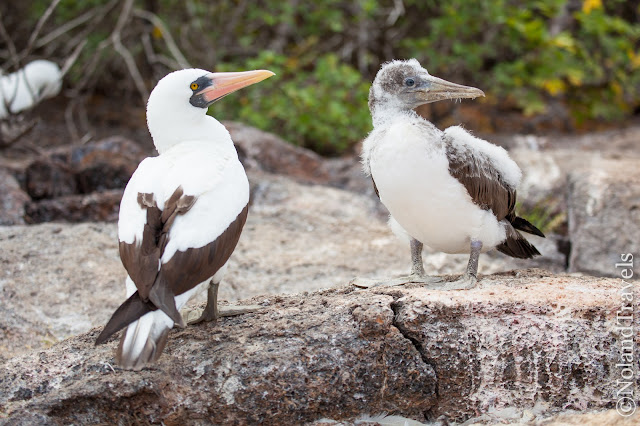 The trail lead through the heart of the island through some fairly dense trees and brush before opening to the other side wide which was an almost plateau like arid expanse that sloped towards the water before the 30 foot cliffs.  A huge rift ran through it which made a perfect trail for us to see the birds.

In the skies above thousands of birds circled in the air.  Big birds, small ones, the works!  In one of the crevasses we also spotted a rare owl on the hunt for a morning snack.

The trail was a dead end so we happily retraced our steps and continued to be amazed.  Here are a few more photos that should give you an idea of what it was like on the island.

This was our first morning tour and as we continued each day amazed as we were able to have similar close encounters with the amazing wildlife of the Galapagos... 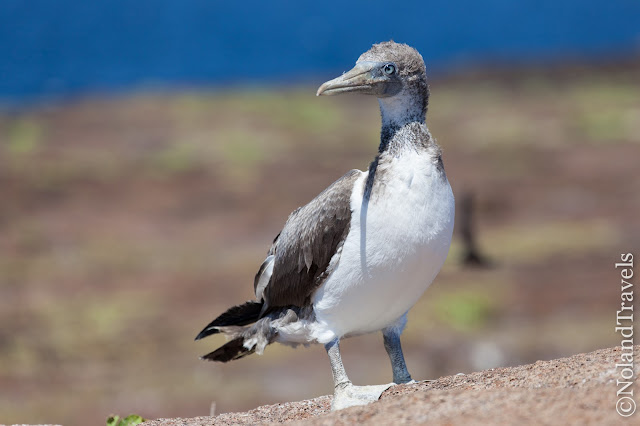 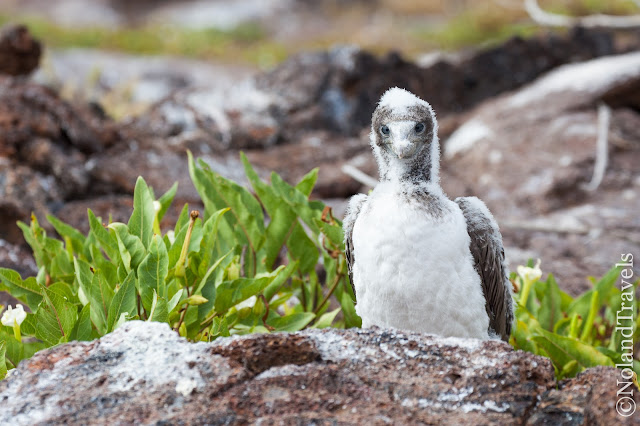 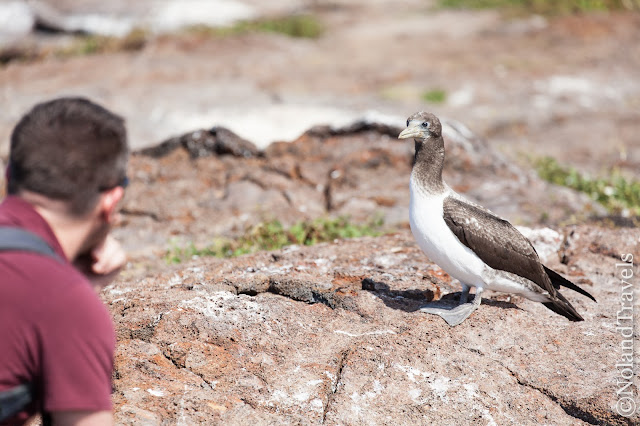 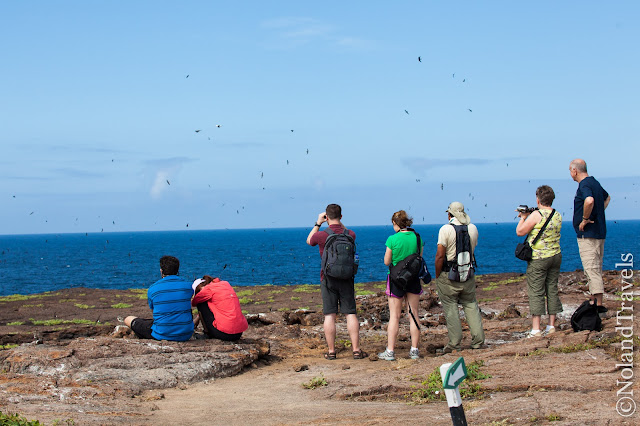 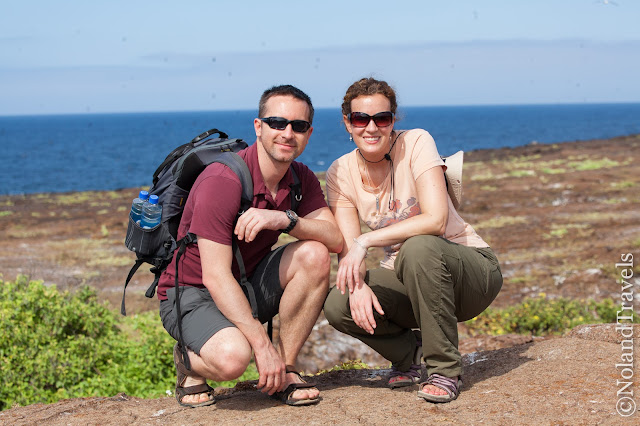