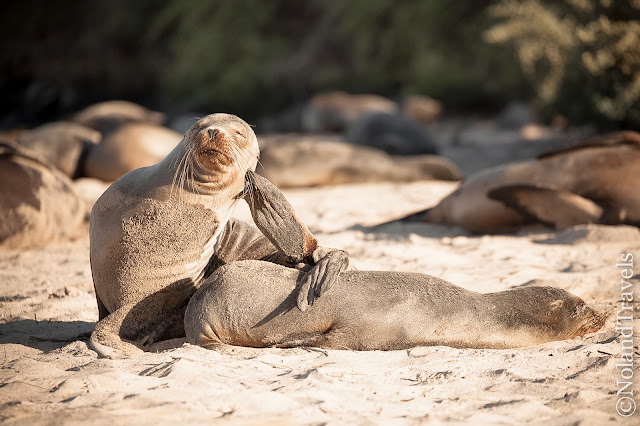 Before I get to the actives I wanted mention a little about the schedule on the boat.  At each stop there are scheduled activities and due to rules in Galapagos National Park all of the boats are given time slots to participate in the activities. The aim is to avoid huge crowds on the islands which could disturb the wild life.

One amusing aspect was always how quickly the boat would be on the move after the activity ended. We would all jump off the dingy and deck hands would spring into action. Within minutes, the captain would have the boat on the move, leaving little time to say goodbye to island where you had just been. You had to be quick on your feet to get good island shots from a distance because before you knew it, the island was far off in the distance and only a memory. 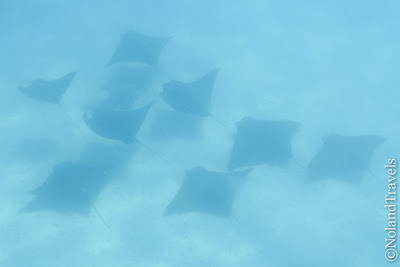 Well, the move to Santa Fe was no different. Time between islands was short and before we knew it we were parked in a gorgeous bay. The nearby beach would be our afternoon landing for a trek around the island to see unique cactus, some iguanas and colony of sea lions that inhabited the beach. 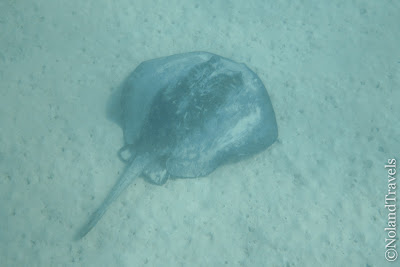 After lunch we headed up to the sun deck for our afternoon coffee and to relax in the the shade to take in the scenic views of a another new island. These hours leading up to an activity were always so exciting as you imagined what cool experience you might have next. 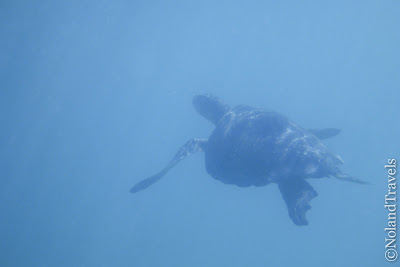 Staring out at the calm blue waters we started noticing dark spots moving in from the bay entrance in waves past the boat. The water was about 15-20 feet deep with about 10-12 feet of visibility but looking closely you could see the black spots were actually schools of small spotted sting ray flooding the bay due to the sandy bottom.

Never needing an excuse to go explore, we grabbed our mask and snorkels and were quickly off the back of the boat swimming with what looked like carpets of sting rays. They weren't always in the same path and since the visibility wasn't great it took a team effort to spot them in the water.  Those on the boat would call out relative directions and we'd swim over and dive down to watching them. 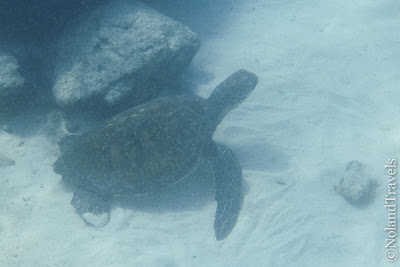 As they approached they would either dive under you or go around but there was always a few moments where they were swimming at your level which really showed off their flying movement.  The grace and fluidity they swim with is just remarkable.

The schools kept going past the boat long after we were tired and cold and relegated to watching from the boat. However, after a short break it was time to get back in the water because Efrain rang the bell for a guided snorkeling trip around the bay.

The dingy gave us a ride to the edge of the bay and off the side we went. I'm not sure if it was the change of setting or what, but going back in the water the second time was extra cold - wet suits sure would have been nice.  Luckily we were quickly distracted.

Sea Turtles were in the bay too!

We had been so focused on the rays we must have just missed them. We ran across 4 or 5 as we snorkeled along the coast then back to the boat. Most of the time we were close enough to swim right along side them and watch as they just went about their business. Its too bad I don't have better camera equipment for underwater photography because these creatures made for one amazing snorkeling experience.  Here is a short video to get the idea.

Now back on the boat we had about 10 minutes to warm up in the sun and change out of our swim suits before the bell was ringing again for our shore excursion and hike on the island.

From what we had heard about the island, iguanas and beautiful beach covered in a colony of sea lions were to be expected.  However, there were two differences from some of the other islands.  First the land iguanas were more pale and yellow than other islands.  And the sea lions seemed more friendly.  It could be that the younger sea lions were just more active later in the after than other visits, we aren't sure.

The hike took us through the heart of the island giving us a lot more vegetation to see than some of the other islands.  We stumbled on a few of the pale iguanas who with the vegetation blended right in. One even cracked a nice smile for the camera!  The short walk took us around a path with some sections of shoulder height vegetation and some good views over the bay, but he majority of the time was happily spent on the beach being entertained by sea lion cubs as they wrestled at our feet in the sand.  After a few days of endless sea lions you almost forgot that beaches covered in sea lions were an every day occurrence.  Well at least outside the Galapagos anyway...

As the sun eased towards the horizon for sunset with a glorious golden glow, we sat and just admired the endless playful energy of the sea lion pups. This capped off a good day and we were spent.

Up Next: Morning Stop at San Cristobal 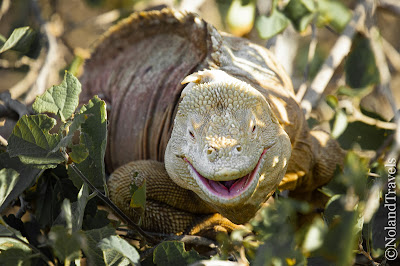 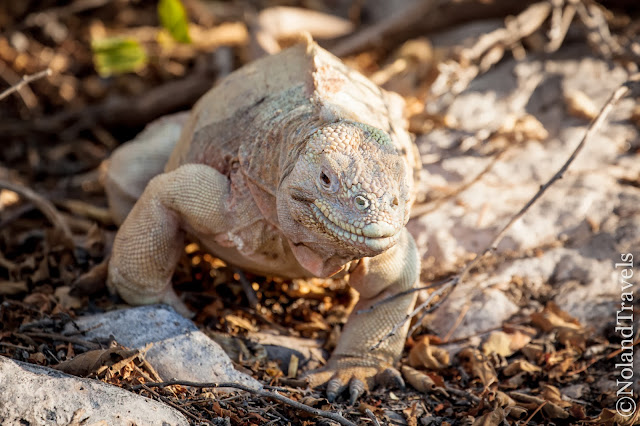 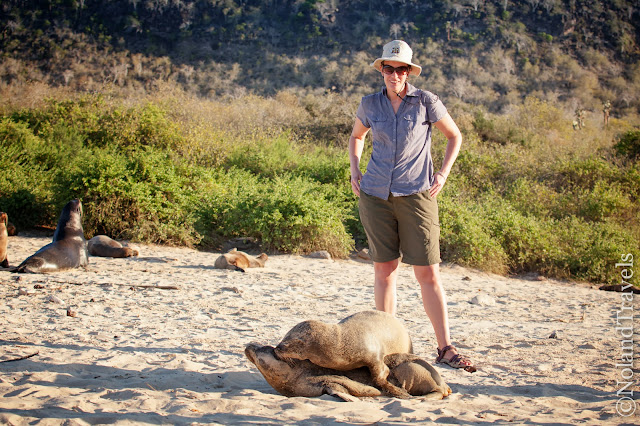 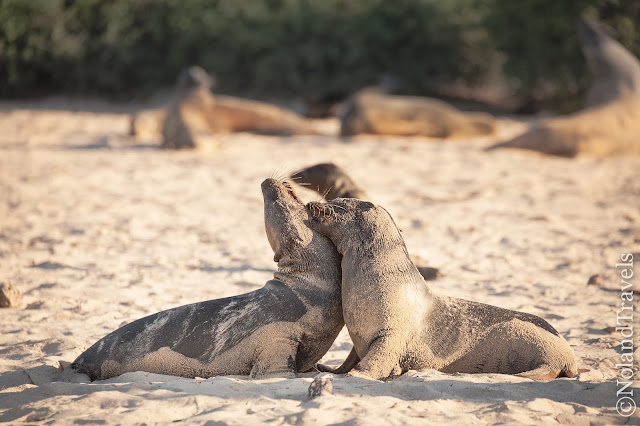 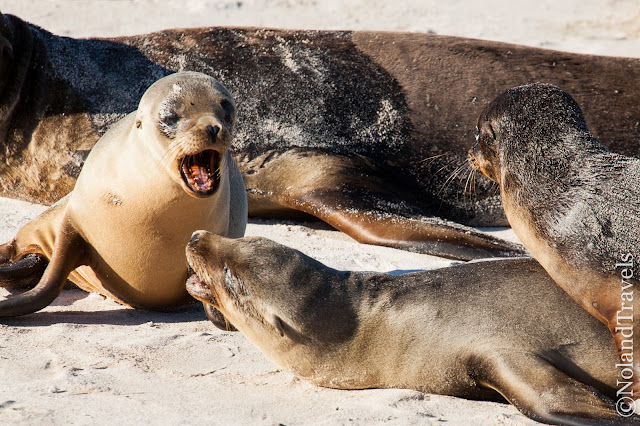 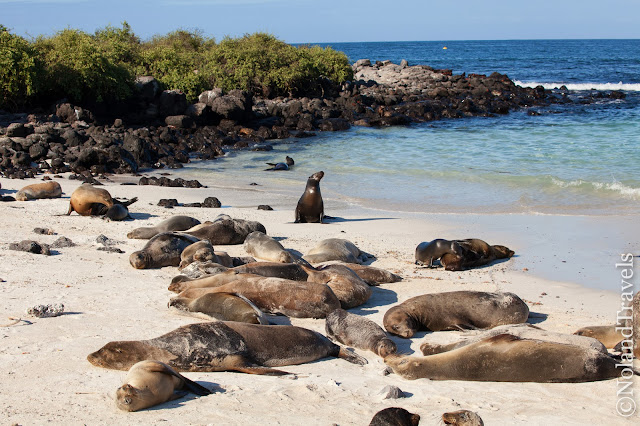 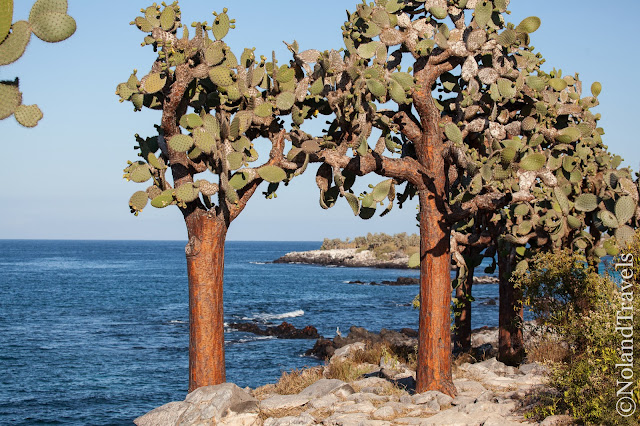 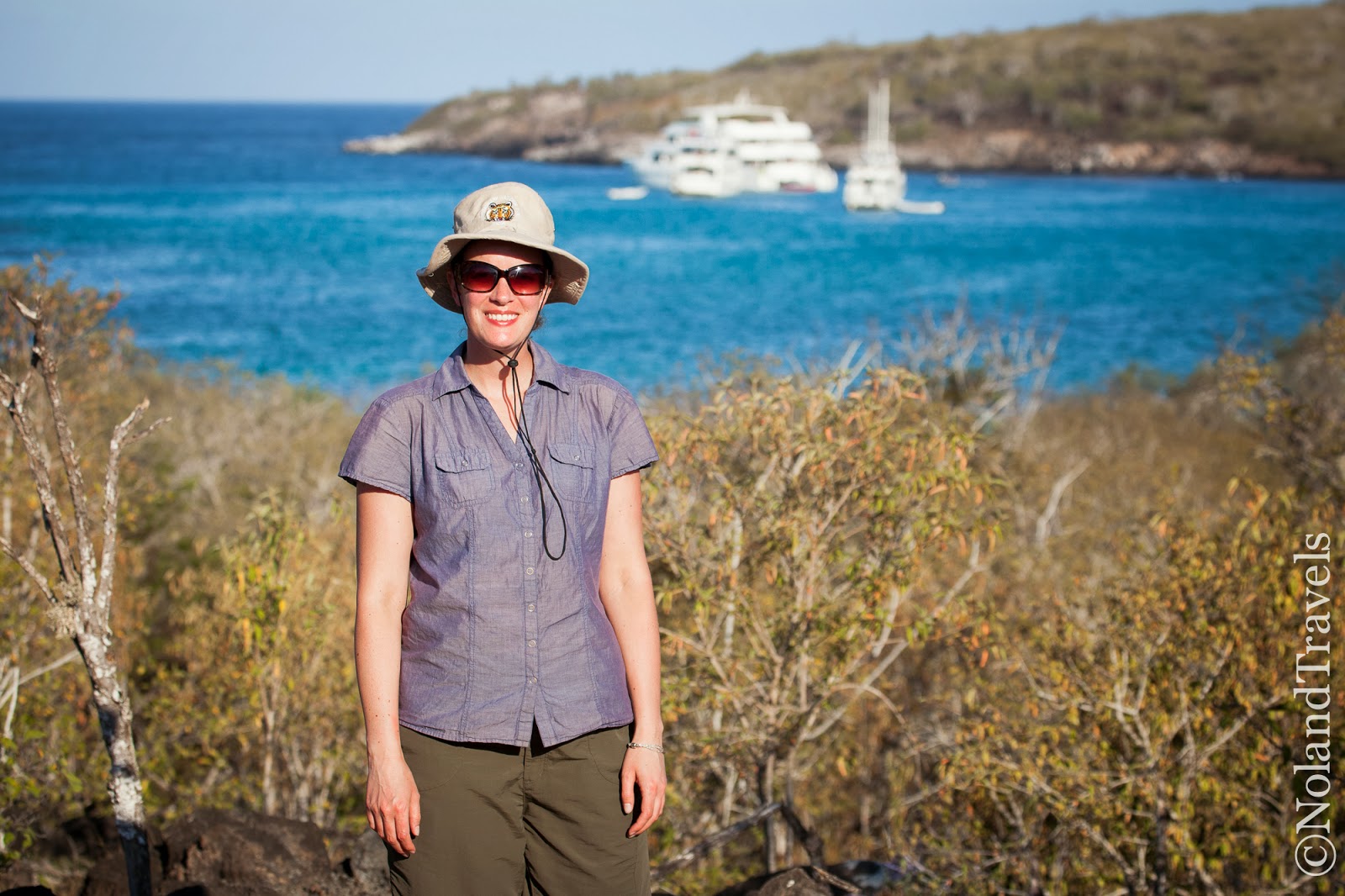