Say goodbye to the Mo' 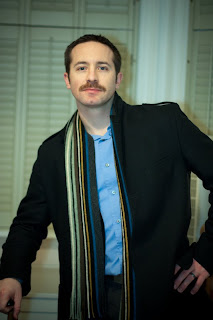 With Movember winding down its time to say goodbye to my 'stache. After having more of a Fu Manchu for most of the month, today I went with a restyle to more of what I would consider a proper mustache. Let me know what you think.

It has been a lot of fun growing the mustache this past month. From choosing which style to grow and watching the progress of the guys on my team, to the constant laughs it generated, the mustache has made the month a more memorable one. I want to thank everybody for their support, especially those that kind enough to donate to the mens health cause. My team ended up raising more money than we expected so it was a successful Movember!

Here is my Movember team, well without Ged.
Posted by Unknown at 6:13 PM
0 comments

Berlin – History in our lifetime 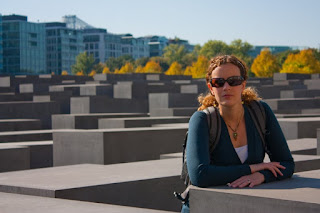 Heading to Berlin we weren’t 100% sure what to expect. Our research into the city was somewhat quelled by our busy work schedules and the fact that I dropped our Lonely Planet guide between the train the platform on a extremely busy commute to work. How does that happen you ask? On days when trains are delayed, as was the case, the number of people trying to get on already-full trains grows exponentially. As the doors open everybody loses their already small regard for others, all surging on the train at once to avoid waiting for the next one. In all this commotion as I took a step onto the train somebody knocked the book out of my hand which fell through the small gap between the platform and the train about 4 feet down next to the track. Mind the gap right, Ugh!

I was able to retrieve the book the following day but it had rained and the damage was done. It was in rough shape and took many days to fully dry out.

Our motivations for visiting the city were driven by history. From the World Wars to the Berlin Wall we wanted to understand and get a feel for these events. So to get our dose of history we used three tours, a free general city walking tour along with two Fat Tire bike tours. The first bike tour focused on the Nazi / Third Reich years where as the second bike tour focused on the Cold War years, tracing the Berlin wall throughout much of the city. 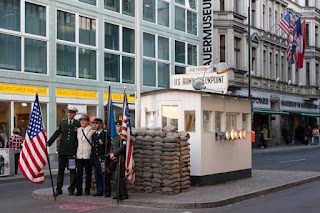 The tours were so fascinating. We couldn’t get enough. Seeing the city now after the war still rebuilding, learning all the ins and outs from the war, topped off by struggles of the city from the wall and Cold war was just mind boggling. For starters November 9th, 2009 was the 20th anniversary of the fall of the wall, which means in my lifetime there were people living in a drastically divided Berlin. I am sure some of you know the story but hearing first hand how the wall finally came down and the coincidence of mistakes that lead to its demise was incredible. We were both literally sitting on the edge of our seats, the steps of the Berlin Cathedral while our free-city-walking-tour-guide told us the fascinating story of the fall.

The unlucky East German press secretary who in a few poorly thought out statements, undermined a government and brought down the wall. It’s the stuff of movies played out real life. After he wrongly announced the checkpoints were open, thousands of East Berliners rushed in mass to the wall checkpoints and forced there way through. Nothing else could be done, the integrity of the wall was compromised. Actually, you can’t even script that type of drama.

Even today the effects of the wall are still visible. Biking through the old East Berlin neighborhoods is like taking steps back in time. The old soviet style buildings still have the working class propaganda on them that was prevalent at the time, which give such insight to what it would have been like behind the wall. In certain areas you almost felt like you were watching a documentary about East Berlin as local people went on with their daily life. For brief moments you could lose track of time before remembering it was 2009 and realizing the old communist rule was gone. These people weren't trapped behind a wall anymore.

The massive, unattractive housing blocks, built for efficiency and equality, showed signs of the struggling modern city. The tour guide said there is a roughly 20% vacancy rate for apartments in the city – talk about a buyer’s market. But he also told us that his first apartment in the city didn’t have heat and the elevator only stopped every other floor (on purpose!). He talked of having to start a fire in his kitchen oven for heating and having to start the fire under his water tank 1.5 hours before he wanted to have a warm shower. That glamorous lifestyle could be yours for a whopping 195 euro a month – that’s cheap! These are all traits of East Berlin apartments, many of which have still not been modernized, as is obvious by his recent experience.

One highlight not on the beaten track that we were able to visit thanks to the bicycle tour, was the Soviet Memorial at Treptower Park. To put into a word it was just STAGGERING. The size and scale was such a tribute to the 5000 soldiers buried there after World War II. This is one of the most impressive memorials in Europe we've seen and one not to miss! Check out this photo where you see a person in the picture to gauge the true scale of this memorial park.

There is more to Berlin than history but for us that will have to be on the next trip. We hear there is quite a nightlife. But we spend so much of our days going, going, going, that when we see a sign outside a bar that says “Open until 8am!”, we cringe.

Berlin Photos
Posted by Unknown at 7:36 AM
0 comments 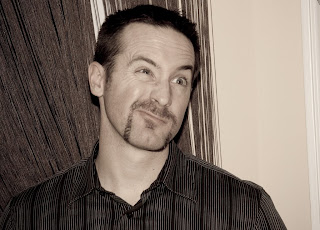 I am growing a moustache this year for Movember. I have decided to put down my razor for one month (November) and help raise awareness and funds for men’s health – specifically prostate cancer.

What many people don’t appreciate is that one man dies every hour of prostate cancer in the UK, more than 35,000 men will be diagnosed this year and that prostate cancer is the most common cancer in men in the UK. Facts like these have convinced me I should get involved and I am hoping that you will support me.

To donate to my Mo click this link http://uk.movember.com/mospace/421394/ and donate online.

Movember is now in its third year here in the UK and, to date, has achieved some pretty amazing results by working alongside The Prostate Cancer Charity. Check out further details at: http://uk.movemberfoundation.com/research-and-programs.

If you are interested in following the progress of my Mo, click here http://uk.movember.com/mospace/421394/. Also, this is a worldwide event, I just registered on the UK site. The US site is http://us.movember.com, so your donations are used world wide. 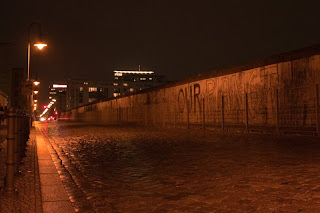 November 9th marks the 20th anniversary of the fall of the Berlin wall and we had the chance to visit Berlin in mid September leading up to the anniversary. The wall left a lasting impression on us. From standing at the infamous Brandenburg gate, on both sides, to seeing some of the remaining sections of the wall deteriorating from lack of restoration, to the impressive East Side Gallery and Check Point Charlie the Wall is still a huge focus point in shaping modern day Berlin.

I'm not sure how to best describe it but the wall invokes so much emotion when you stop to think about it. We took a bike tour tracing the wall throughout the city which gave us a good understanding of the divide the wall caused. Imagine one day waking up, walking outside your front door and a row of barb wire is just outside your door step...barbed wire which became a wall. Or having family a couple streets over but now there is a line, or wall, you can't cross to see them again. Think about living in one area of Berlin, a wall is put up and one day you can't get to work. This was the reality that some people faced in our lifetime and it was hard to swallow.

On top of this, as American's, we should understand our part in the divide. Let's not argue right or wrong in this case but when the city was divided between the allies and the Russians it was only inevitable something like this would occur. I mean just have a look at this photo of the tank standoff that occurred at Check Point Charlie in 1961, one of the crossings from East to West Germany controlled by the USA. Maybe I was asleep in history class when we talked about the wall but I'd swear we didn't hear much about it even though we played a huge part in it.

The story of the fall of the wall was equally intriguing. Rather than a "story", it was a chain of events that set in motion something that could not be stopped and the final day, that press conference...you just can't make that stuff up. We sat literally on the edge of our seats, on some church steps, as a tour guide explained this fascinating chain of events.

Anyway so let's just all be glad the wall has fallen! Here are a few photos of the East Side Gallery in honor of the fall of the wall.