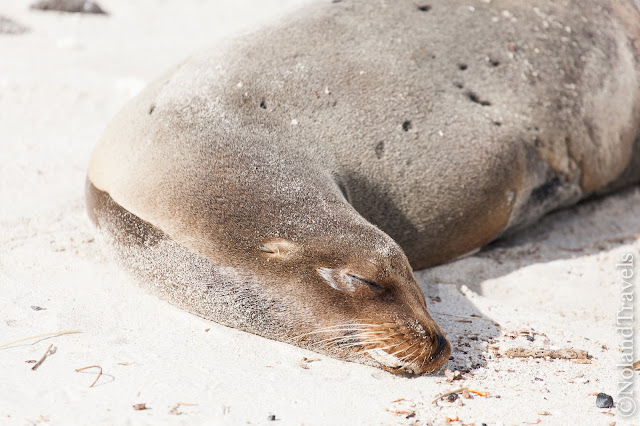 Sitting in bay after lunch admiring the swarm of birds, we couldn't help but keep an eye on the beach that lie off in the distance knowing this was our afternoon destination.  However, before it was beach time it was snorkeling time.  Back to Prince Phillips we went this time with mask, snorkel and fins in hand.  Earlier in the day we had seen sea lions warming on the rocks so hopefully we'd get a chance to swim with them.  They are fairly friendly like seals and typically don't bother you and will swim past you if that is the direction they are going. 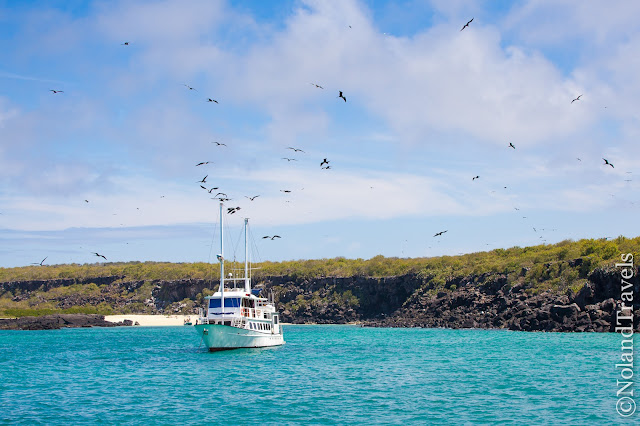 While the stunning teal waters look inviting, it wasn't long until we realized the waters around the islands are quite chilly and we often needed to don wet suits before snorkeling.  But the shock of the cold water quickly faded as a turtle was spotted below us feeding by the rocks.  As we continued to snorkel we were in luck, as a sea lion breezed past us!  So graceful and as quickly as he approached he was gone.  From there we swam along the cliffs until we were too cold to go on but luckily the beach and warm afternoon sun awaited.

As if we were stalking the sea lions, we exited the water and joined them on a beautiful bay beach where they were basking in the sun.  As we approached the large group of sea lions, we had to ask: what is it about sea lions?  They are stinky and some what obnoxious creatures, but so amazing to watch in their element.  Even when they are just sleeping, they seem so adorable and peaceful.  They frolic and roll around in the sand and then when they've had enough, the plop down, often near a friend for a nap.

And while we were intruders to their beautiful alcove, they hardly noticed us.  They might pass within inches of you while making their way over to a friend, but they rarely showed any interest in the odd human on their beach.  Its definitely for the better that there's no interaction - and the guides will enforce it - because that is what has created what we came to understand of the Galapagos.

Up Next: Bartolome & Santiago - Monster Views, Snorkeling and Lava 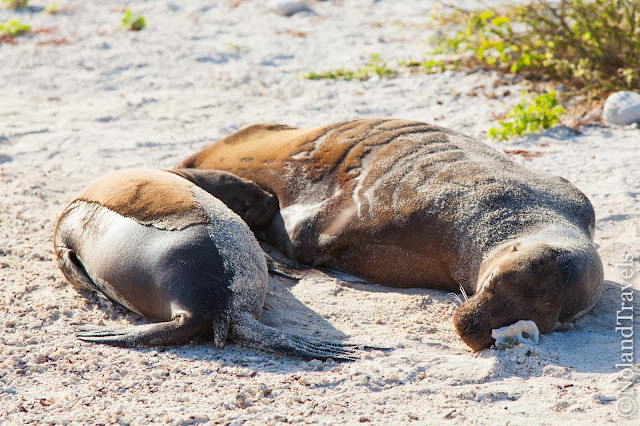 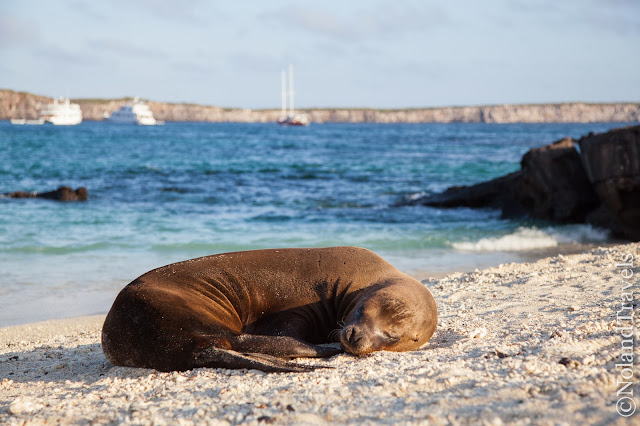 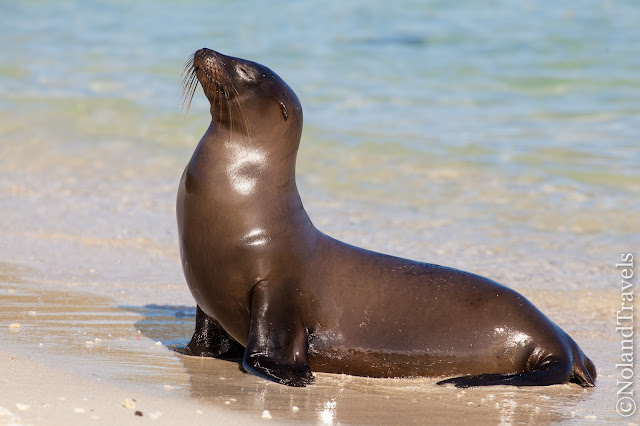 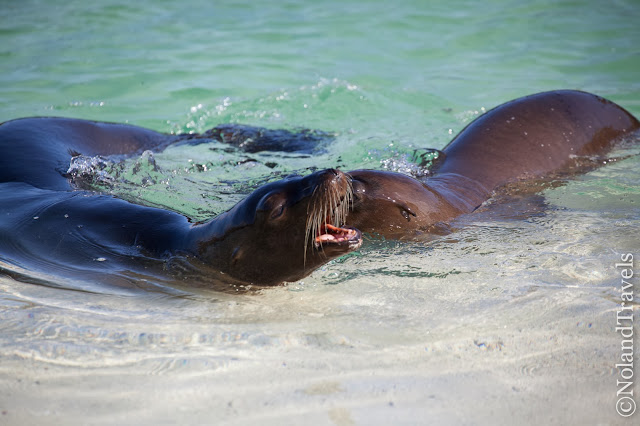 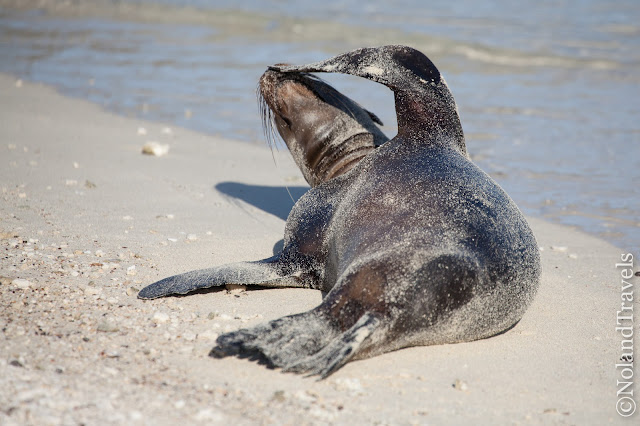