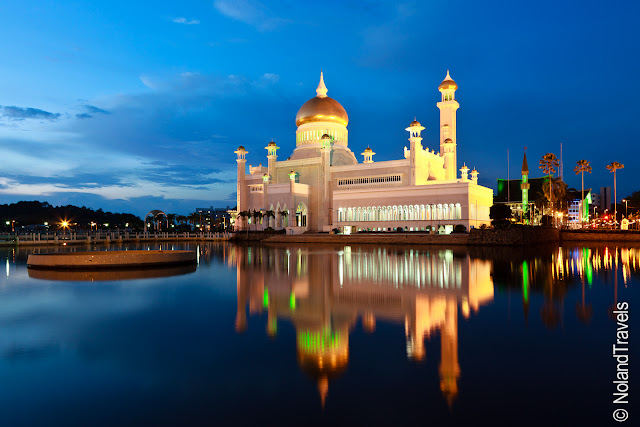 Picking up where we left off after the Kinabatangen River, on the island of Borneo, we decided it was time to start heading for the mainland of Malaysia.  To do so we had a few transit options, all involving numerous legs and a visit to the airport.  Along the way, we had met other travelers who recommended a visit to Brunei if you had time to spare.  It was expensive but worth it they all said.  So, with time on our side, we took a small budget risk and opted for a longer journey to the mainland, visiting another country that calls Borneo home, Brunei.

Officially named, "Nation of Brunei, The Adobe of Peace", it has a population of roughly 400 thousand.  It was under the British Empire until the mid 1980's before gaining its independence.  It has seen substantial economic growth in the last 30 years and is classified as a developed country.  Fueling this growth are its vast reserves of oil and natural gas, making it the 5th richest country in the world.  Brunei is governed by a constitutional monarchy and has a constitution based on traditional English Common Law.  However, Islamic Shariah Law still takes precedence in some cases making it a very conservative country. 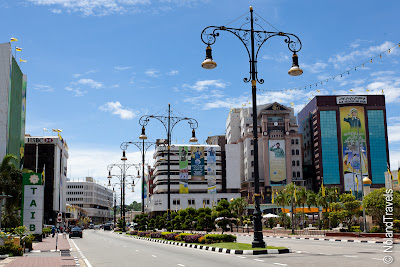 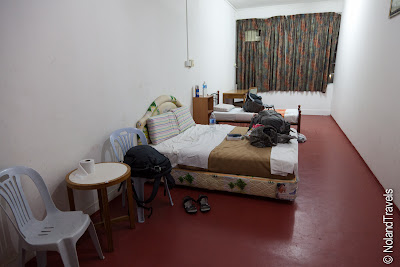 We were excited to visit a place we knew very little about or had any real expectations about.  Leaving Kinabatangen, we endured the 6 hour bus ride on the rough roads of Borneo, arriving late in the evening in Kota Kinabalu.  Bright and early the next morning we caught the first of two ferries that would eventually take us to Bandar Seri Begawan, the capital of Brunei.  It was quicker by ferry than by land even with a stopover on the tax haven and duty free island of Labuan.  Luckily, it was smooth sailing and we soon enough found ourselves in Bandar in need of accommodation.

We found we were travelling in a shoulder season and had been having good luck negotiating rates by just turning up.

Tourism is a relatively recent addition to Brunei which means accommodation is in short supply.  There are a few 5 star places to stay including a huge palace built by the King, but backpacker accommodation is nearly non existent.  I won't go into too much detail but our only option was one of the worst places we've stayed.  It was basic as you can see, although it did have air conditioning.  It even came with a cut out in the curtain for the window unit.  However, the toilet was the kicker.  Shared bathrooms consisting of nothing but squat toilets; the shower head being inches away from where everyone was squatting. Always soaking wet and just not nice.  They even charged for towels.  All this "luxury" at mid-range Western hotel prices!  We passed the sniff test and concluded showers can wait.  Luckily, we came for the rainforest and not the city and we could cope for one night. 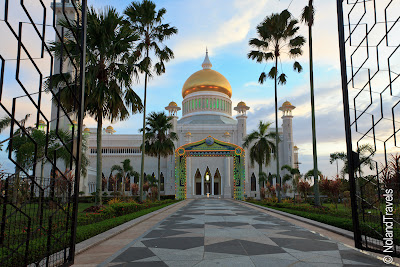 After, checking in and dropping our bags we went out to explore.  The city was very clean, modern and orderly.  It wasn't nearly as hectic as other parts of Southeast Asia.  The roads were lined with trees and flowers all of which were very well maintained.  Walking around we felt very safe as we made our way to the Sultan Omar Ali Saifuddin Mosque to take some sunset photos.  While we were there the evening call to prayer sounded which added an interesting dynamic to an already surreal view.  We lucked out with a good sunset and Steph was able to snap a great shot.

There are other good things to see including a busy market and a water village, but we had an early start the next day.  Instead we opted for a quick and easy dinner, *cough* at KFC *cough* (I know, I know, sometimes you just need some Western food), then we called it a day dreaming of tomorrow's rainforest adventures.