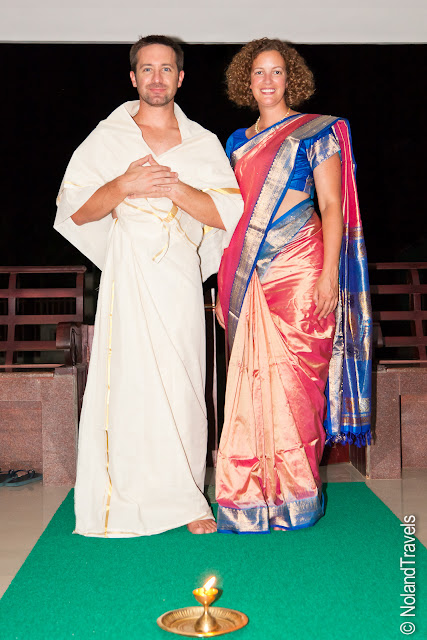 If you can't tell, we are in India!  More specifically, in south India in the state of Kerala at the home of a friend of mine I worked with in London.  His family has given us an unexpected treat by letting us stay in their unique home in the midst of banana plantations and paddy fields. I'll post a bit more detail later but for now wanted to send out a big thank you to the Ravindran family.  They have been incredibly gracious hosts and we have been honored to spend some time with you. 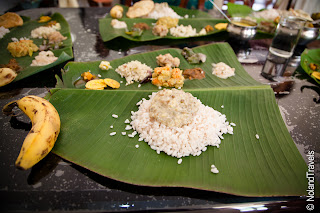 We haven't been up to much other than soaking in the culture, food and chaos.  We've done some serious eating.  The ladies in the family have cooked amazing meal after meal giving us an intimate look at traditional dishes and some of the regulars they eat every day. 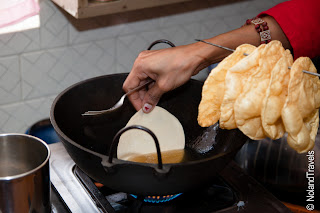 Food is such a big part of Indian culture and we indulged to no end in the amazing delights of South Indian cuisine.  It became almost a ritual day after day.  Entering the dining room there would be a spread of dishes waiting for us on the table.  We'd sit down and they would explain what they had cooked.  It was usually a 5 minute Q and A session that only spurred on the excitement of the meal.  We even learned to eat without silverware which is customary.  You can see one of our favorite meals on the banana leaf and some fresh popadams being fried in the kitchen.

From breakfast to lunch to dinner the variety of the food is impressive.  Most are centered around rice, coconuts and curry but all are TASTY!  I just wish I could remember all the names and ingredients of the dishes to make them when we get home. 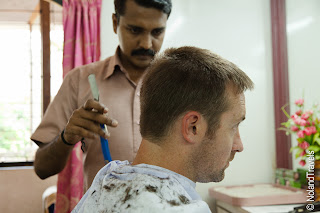 We made a short trip down to Trivandrum, still staying with the family, to explore that city and its beaches.

We are now in a city called Kumarakom where we took a backwater river cruise.  Now we are riding out the Easter weekend holiday and catching up on a few things, namely basketball and the much dreaded taxes.  Oh and I had a hair cut.


For now, I'll leave you with a couple teaser photos.  First, some majestic elephants at an exciting temple festival we went to just down the road from where we were staying.  I'm not sure who was more interesting to the crowd, them or us?  It was a fun night of handshakes and hellos meeting everyone.

Second, our view of the Cats taking home #8.  We were lucky enough to borrow an internet connection for a few hours and thanks to a handy proxy server, watch the final game live.  You can see Steph celebrating and if you look close enough the trophy presententation on the laptop screen.  I'm not going to lie, it was AWESOME!  GO CATS! 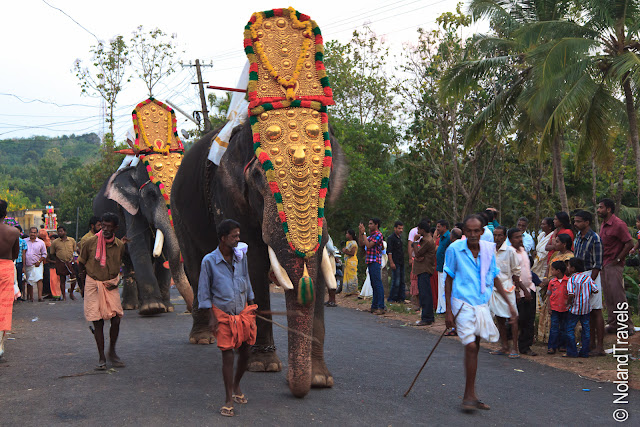 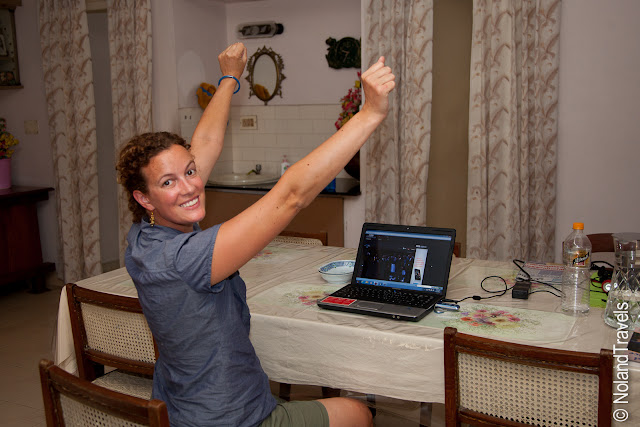