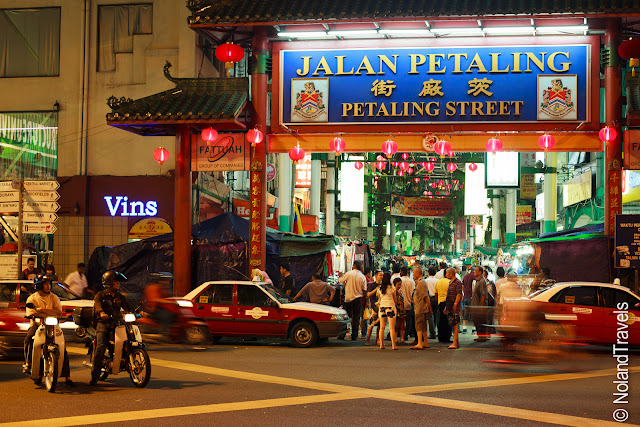 Fresh off our remote rainforest adventure we decided to head to mainland Malaysia to check out the urban sprawl of Kuala Lumpur - a city that promised to be as modern as it was traditional.  It was an exciting arrival at night; as the bus from the airport approached the city we could see the Petronas Towers glowing in the skyline.  Modern - check!

We decided to stay in the area of Chinatown and Little India because they are supposed to be quite atmospheric - and it did not disappoint.  Even though arriving after dark, the streets were alive with music blaring from simple shops, people congregating on the sidewalks and food being cooked in makeshift stands on nearly every corner.  Immediately, we knew this was the atmosphere we were looking for.  Traditional - check!

The next morning, our to do list was really starting to weigh us down compounded by the fact that when we decided to try and get things done we had a bottle neck - one laptop.  Taxes, travel research, blogs and photos, along with other odds and ends needed doing.  I know you are probably saying, slow down, take it easy, you're traveling, but we are all about efficiency when we set to do something.  When we are on the go all is well but during the down time one of us was always itching to get something done. Hmmm. Should we get a second laptop? It felt overkill but since we were in a city well known for wide availability of electronics we decided to head down to the local "tech" mall to check prices and just see what it may cost to help decide if it was worth it.

One thing we've found in several parts of the world is that common vendors tend to set up shop all in the same area.  I know we have huge malls at home but you never see 5 of the same store one after another. For instance, we'd find a street of all the furniture sellers, then on the next street were all the tool shops.  Or we'll see a road side fruit market where 10 different shops are all selling one thing - watermelons.  Not only that but all of the watermelons would even be stacked in the same pyramid formation. How do you choose?  This type of things has always baffled us to some degree because on one hand, you would think the competition would be tough because they are all selling almost identical goods, but on the other hand, at least you don't have to trudge all over town to find something.  KL had this concept down pat for electronics and our guide book even mapped the mecca of electronics.

We arrived at a multi-story building, as large as a modern Western shopping mall.  Once inside the open atrium, you could see floors of shining gizmos and thousands of neon lights blinking, flashing, glowing, the works.  It was obvious we were in the right place but we were overwhelmed.  Looking up it was 7 or so stories all full of laptop shops, mobile phone kiosks, company direct laptop dealers, used computer sellers, games stores, dvd kiosks, internet cafe's and anything else with an electrical switch board you could imagine.  If this were the only place in town to buy it would be one thing, but this was one of many across the city.  Even the building next door was the exact same story, full of computers and electronic sellers, many of which selling the EXACT same thing.  Ok - used laptop here we come! 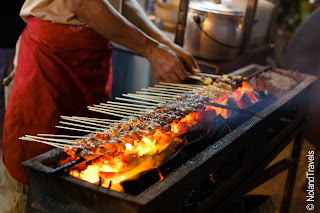 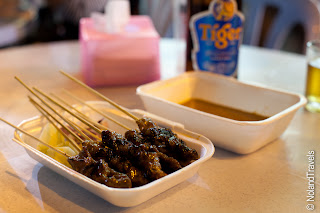 Stall by stall, we looked around to see what was on offer.  "Hello my friend, what do you want?" was a common phrase that we started to ignore, just keep walking.  Gaining a little confidence, we started asking around to see where we might find a used netbooks.  They first told us to go to higher floors, then when it was clear we were in laptop land, they started pointing us to specific vendors.  Before too long, we had an assortment of old laptops being pulled out from under counters, out of back rooms or from other shops and shown to us - some ridiculously old, some ridiculously expensive.  It didn't take us too long to realize that we weren't going to find a used netbook that suited our budget and requirements, so we started looking at new ones.  That too became very tiring and we weren't convinced they were offering a great price.

But our efforts did pay off.  After a delicious dinner on a street full of open air restaurants, we went back and researched the netbooks we had seen.  We were getting quoted prices cheaper than online prices in dollars. So, the next day we went back and Steph became the proud owner of a brand new Asus Eee netbook, including a hot pink neoprene cover.

So what did we do now that we both had laptops?  Spent the better part of the next two days in the hotel room on the internet, of course!  It was nice though.  We woke up early one morning and watched a basketball game online along with plenty of photo editing, catching up on news and travel planning.  It also worked out well because the area around our hotel had plenty of life for interesting lunch and dinners.  One day, we walked around the corner and found a little hole in the wall shop and each scored a big take away container filled to the brim with a selection of freshly cooked Malay curries. We also had dinner at the infamous Jalan Petling Chinatown street market although we had to confess, it felt a little out of place considering not long before we had witnessed Chinese street markets in Beijing.

More importantly though, thanks to the down time, Steph was finally able to get her hair cut.  It was too long for the warm weather but she had been hesitant in getting it cut.  With KL being toasty warm she decided to go for it at a reasonable looking salon in the mall where we ate lunch.  There was a young guy eager to cut a Western lady's hair.  She's always skeptical of new hairdressers because curly hair has its challenges so she was tensely watching as he started chopping off large sections of hair.  After about twenty minutes of cutting, a quick rinse and the stylist and his assistant drying her hair with two hairdryers, she emerged with a smile on her face.  She rated it as one of her best cuts ever. 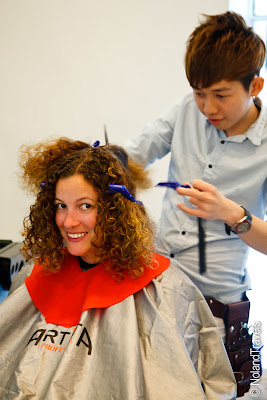 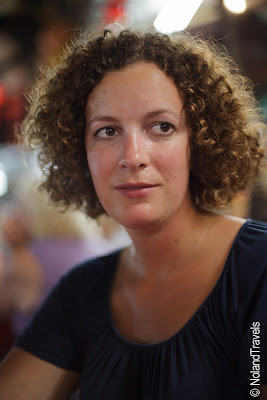 Even with the down time, we were absorbing the unique atmosphere of KL - the markets, street food, cultural diversity and a unique blend of modern and traditional touches across the city.  We'll definitely be back in the future.  It's worth another visit for sure!