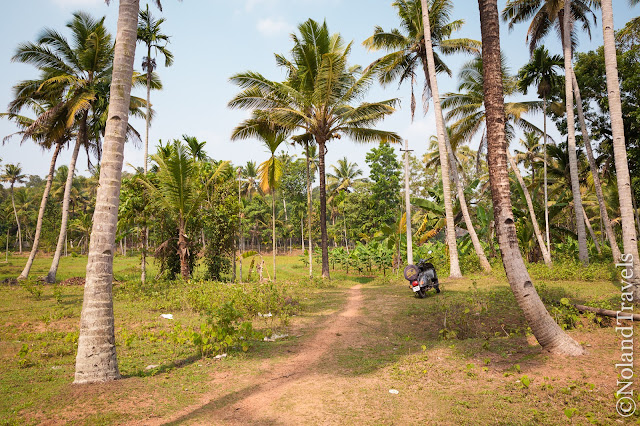 After all the diving another country was calling, this time India.  Since our first visit back in 2010 we had been itching to go back and now was our chance.  This time we were starting in the southern state of Kerala and were going to work our way north with no planned agenda.  Adventure was certain to follow.

As most of you know we were welcomed to India by our friends, the Ravindran Family.  They were our gracious hosts for the first week of our trip.  From picking us up at the airport, to the welcoming ceremony with incense and water on their doorstep to fabulous meals and great company we were instantly a part of the family.  You can look back below at a few of our posts along the way. 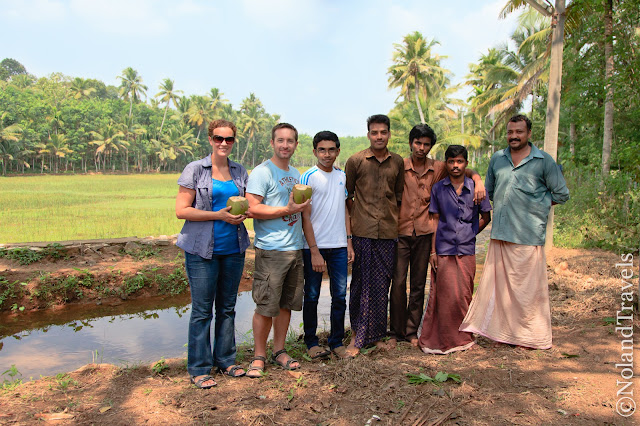 One morning after breakfast we set out for a walking tour of the area around Kollam where we were staying.  Kerala is a picturesque place and we wanted a first hand look.  Summer was in full swing and the afternoons were hot, so the walk wasn't going to be a long one.  The plan was to take an auto rickshaw a few minutes down the road to a local temple then walk back to the house exploring the banana plantations and paddy fields and meet some of the neighbors along the way. 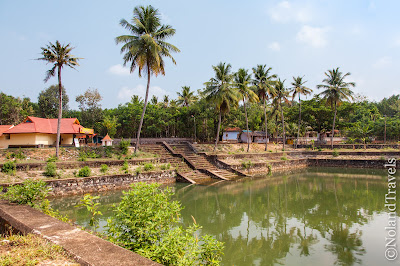 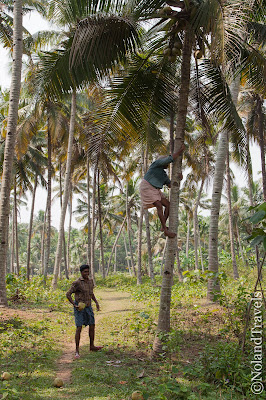 Walking outside our ride awaited along with our guide, the family friend Babu who had gone to the main road to bring a taxi back to the house.  We also had the company of Madhov who was staying with his grandparents, our hosts, and was on his school break.  He was fun to have around plus his english was good and a big help translating at times throughout our stay.  We all piled in the auto rickshaw and with a buzz of the engine we were off.

Cruising through the small village we took a left and headed into the fields following a rough little road down to a small temple.  After a quick look around Babu started leading us to a local temple down a dirt path when he turned and yelled at a man walking behind us.  I figured it was just a friend but as we continued he joined us.  His english was good so we had some light conversation and it turns out it was Babu's brother.

After exploring the outside of the temple, we stopped at at one of the palm trees and the brother proceeded to hike up his dhoti and climb the tree.  A little surprised, we watched him climb using small wedges cut into the trunk to slowly work his way up where he cut down a few coconuts that tumbled to the ground.

Nearby was a little shelter which the field workers use in the summer to get out of the sun and eat lunch.  Then with a few swift hacks of his machette he opened the coconuts and handed us each one.  It was a refreshing morning drink.  While taking a break we were joined by a few other guys who were hiding from the sun too. After a group photo op with our coconuts we then headed further into the fields winding along the irrigation path where water was flowing into the fields.

Coming up on a house a man waved us down and invited us onto his property.  For some reason the man was very excited for us to meet his daughter and then to have her sing for us.  I'm sure Mrs. Ravindran warned them we were coming.  Anyway, it took a little extra encouragement since she was shy around the funny looking Westerners, but she sang a lovely tune for us.  After a good chat, we then carried on again further into the fields. 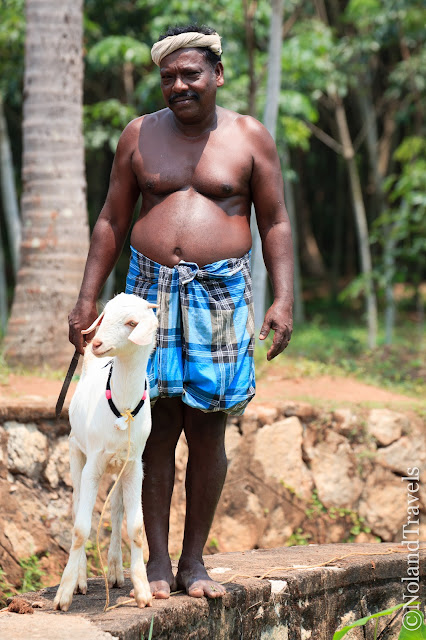 Next we stumbled on a very curious man with goats.  He was taking one to the stream for a bath but stopped us to say hello and shake hands.  Then he graciously posed for a photo.

By this time of the morning, it was starting to heat up and we were thankfully nearing the house.  We weren't sure of the exact temperatures, but in trying to be conservatively dressed, Steph was now feeling quite warm in her jeans and t-shirt. 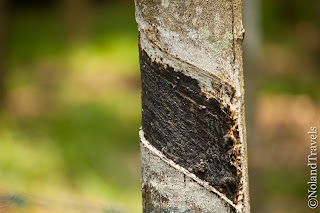 We continued to follow the path through paddy fields with white herons stalking and others with cows grazing, through banana fields that open to more paddy fields.  There were also plenty of rubber trees.  Kerala is actually a big supplier of natural rubber and all the trees had big swatches cut out of them, many with bags to collect the rubber.  We hadn't seen rubber being farmed so that was very interesting.  It seemed hard to imagine how it gets from tree to tire. 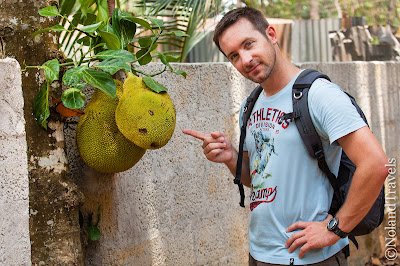 The countryside in this area of Kerala was stunning albiet a long way from the horse farms, rolling hills and bluegrass we were used to.  But the palm trees, paddy fields and banana trees were a gorgeous combination and in hindsight, some of the best scenery in India.

We even found a dragon fruit that we'd heard great things about.   True to form, the family had one cut up (apparently a messy and hard process since its so big) and served it to us later in the day.

Our days were very relaxing in this lovely village.  And I couldn't pass up this shot of Steph in the umbrella which is a little ridiculous but she was a good sport in jeans. 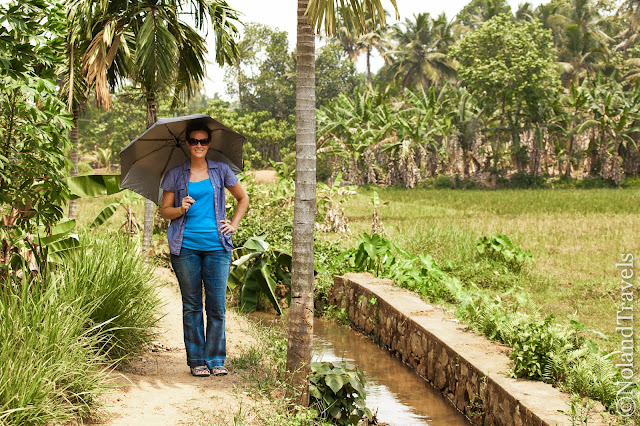 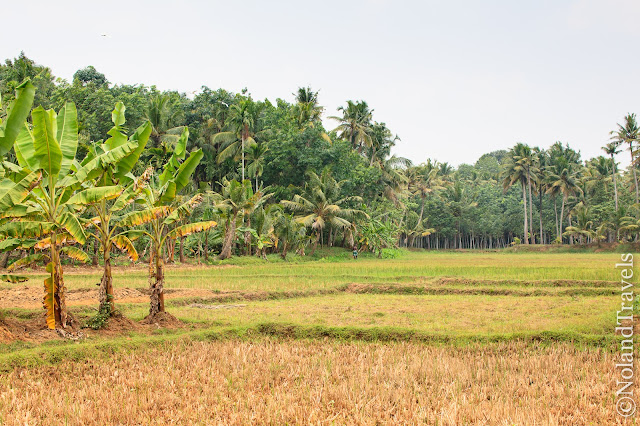