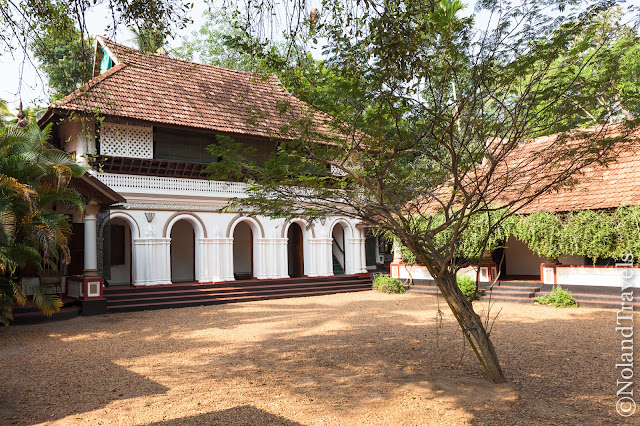 Fresh off a backwater cruise our taxi driver dropped us off at a gorgeous Colonial style hotel, the Tharavadu Heritage Home at Kumarakom, where we were going to set up camp for a few days to take care of a few odds and ends, namely our taxes.  Can you believe it, Uncle Sam doesn't care we are travelling?! 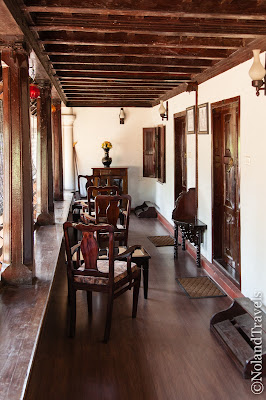 The last month or so we had been pseudo off-the-grid after all the diving and staying with the Ravindran's who didn't have internet access.  Not being connected was great but enough was enough.  Its the modern world and we are now dependent on the internet.

Up to this point in the trip internet was more easily accessible or at least we could justify being out of reach, but we were finding that more of a challenge in India.  While we hadn't been in too many hotels in India yet, we heard that internet was hard to come by.  They may only have a single internet connection in the hotel office.  With the weeks ahead we were going to be on the move quite a bit and needed to make research and comms easier so we decided to get a cellular internet connection - a 3G dongle.  They were relatively cheap and would help ensure we weren't dependent on hotels that had internet connections.  Since we had no concrete travel plans, it was high on our list of priorties.  But that's if we could work it out...

We were staying in a small area off one of the main roads in Kumarakom which only had a few vegetable shops, restaurants and a state run liquor store.  We needed a bigger commercial area to find a cell phone shop to see if we could talk them into selling us a 3G device without being a resident.

We flagged down an auto rickshaw to head down the road to a (slightly) bigger town.  After negotiating a good roundtrip fare we set off down the surprisingly well maintained two lane road.  There is nothing like an auto rickshaw ride - what a fun experience! It never gets old climbing in the 3 wheeled anomaly and whizzing off somewhere - especially in Kerala where the scenery is so picturesque - dense palm tree jungle coupled with the backwaters. 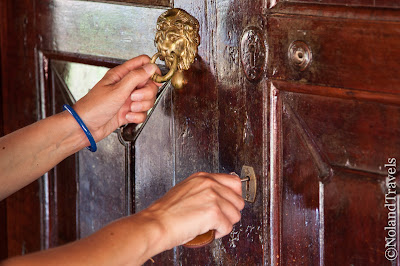 Now the fun begins...can we convince them to sell us a 3G device.  The backstory is that you really need to be a resident to purchase anything cell phone related because you need a permanent India address and contact info which we didn't have. 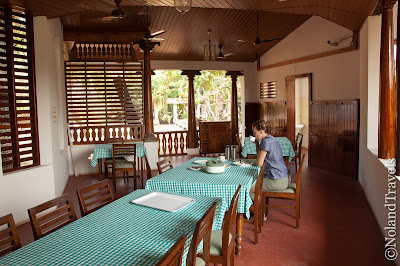 However, there was one loop hole we were trying to use.  The Ravindran's had been kind enough to give us a cell phone which came in handy more than I would have ever thought.  So with the phone giving us contact information we could use that as our stepping stone to an internet device.

The first store we tried wasn't interested saying we needed to be residents.  Even a little charm and extra payment didn't help.  At the next store the lady didn't completely turn us away so after a few questions we asked her if there was anything else she could do.  With that she offered to call her manager and ask if with the cell phone and our hotel as an address she could sell us a 3G device.  After a quick phone call she said it could be done if we could get passport copies and a signed letter from our hotel manager saying that we were staying there.  It must be from the manager she repeated.  Ok, we will be back.

The letter shouldn't be a problem, but passport copies, hmm.  The lady at the cell phone store pointed us in the direction of an internet cafe that should have a copier, but they turned out to be closed.  We went into shop after shop asking where else we could get copies.  Nobody seemed to understand what we needed.  Xerox, photo copies, copier, scanner - all lost in translation.  Then finally we went into a pharmacy where the daughter of the owner spoke good english.  Oh you mean "photostat", she said. Then she told us that their Photostat was broken and to go across the main road, over the bridge to a small shop which should be marked.  We've gotten farther on less so we headed for the bridge. 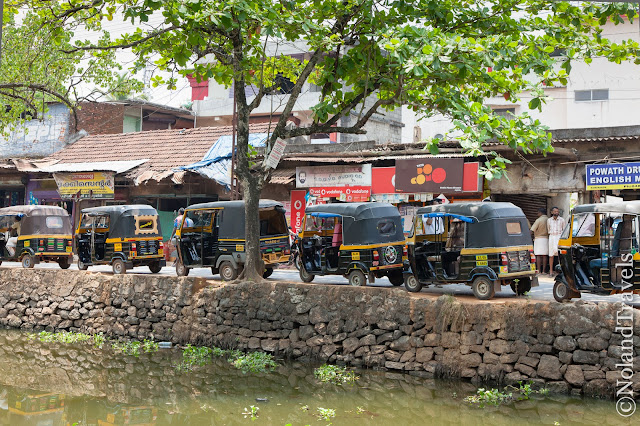 Bingo, next to a beauty parlor was a shop sign that read: Photostat.  The shop was empty and locked but after a few hellos somebody came over from the beauty parlor who agreed to make copies of our passports.  She went in the back room, turned on the copier and made our copies.  Now, back to the hotel to try and convey to the manager who was no doubt gonna think we were crazy for asking him to sign a letter saying we were staying there.

We whizzed off in the taxi back to the hotel.  After a new fare agreement for another round trip with a wait in between I headed into the manager's office who was luckily a very friendly and helpful man.  He understood and hand wrote a letter on hotel letterhead in English cursive.  His handwriting was very neat but agonizingly slow.  I had to surpress my western world hurry up mentality but he finally finished.  One more addition, "Manager", under his signature.  That should do the trick. 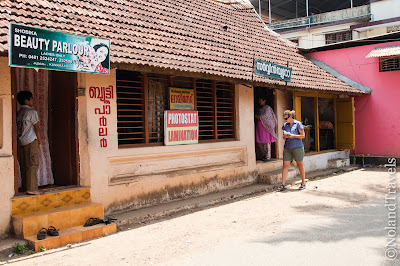 Back in the town, the
lady honored her agreement as we presented the photostat copies and letter.  Reading it carefully she made a final approval call to her manager.  Her assistant activated the 3G device and that was that.  Score!  We thanked the lady and quickly left the store before she changed her mind.  It was a few hoops to jump through but it felt good to skirt around the system and be the proud owners of mobile internet. 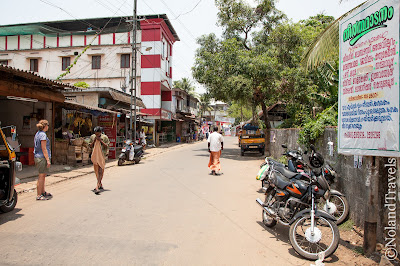 We spent the next few days catching up on admin things during the heat of the day and exploring the area in the mornings and evenings.

Since we were staying in a rather unpopulated area we ate entirely at the hotel but it made for some tasty food.  Our particular favorite was a breakfast dish called Puttu.  You get a large serving of steamed rice flour and coconut, served warm.  Then they also give you a couple steamed ripe small bananas and a hefty bowl of sugar.  The bananas aren't as sweet as the large ones you generally have in the US so sugar is often needed!

The best part of this breakfast is that there is no other way to eat it than with your hands.

The rice flour and coconut is incredibly flaky so you unwrap a steamed banana, pour on some sugar and begin mashing it all together like a kid playing in mashed potatoes with their hand!  It was definitely awkward the first time we did this, but you get the hang of it.  Once you mash it all together you have a sweet, warm cakey mixture which goes nicely with a pot of coffee!

One afternoon I was talking to my manager friend who mentioned that if I wanted beer the liquor store would be open tonight.  Evidently it has regulated hours and was only open every few days.  So, around sunset I headed down to try and get a few Kingfisher Beers for the evenings.  After crossing the main road I encountered a surprisingly frenzied scene.  It was pretty much dark and there were only sparse street lights and the glow from inside the liquor store set just off the main road.  It wasn't really a store but more a service counter.  A delivery trunk was parked out front and a big congregation of people had formed.  It was an unorganized system with only partial queuing but there was a clear entrance and exit.  People had lined up but there was still a lot of pushing and shoving.  Keep in mind that there isn't the concept of personal space here and this situation was no exception.  In line you find yourself right next to everybody else; you get used to it but its still fairly uncomfortable.

Anyway, there were about 40 men in front of me when one of the guys working waived me down and gestured to the exit.  Taking the hint I climbed under a rail to skirt the line and placed my order.  It took a few minutes and I got a few dirty looks and people pushing and shoving past me but I emerged with a box full of beers and avoided the unruly line.  Nice!

The beers helped make the task of getting our taxes and some of our onward journey planning a little more bearable.  Chores done, its time to head to a hill station! 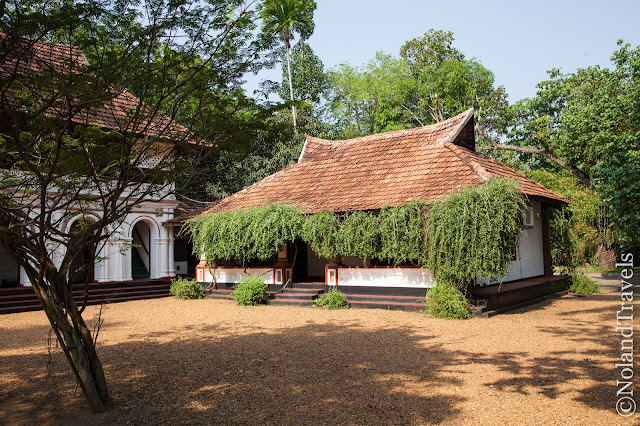