The 4th of July Fireworks Edition 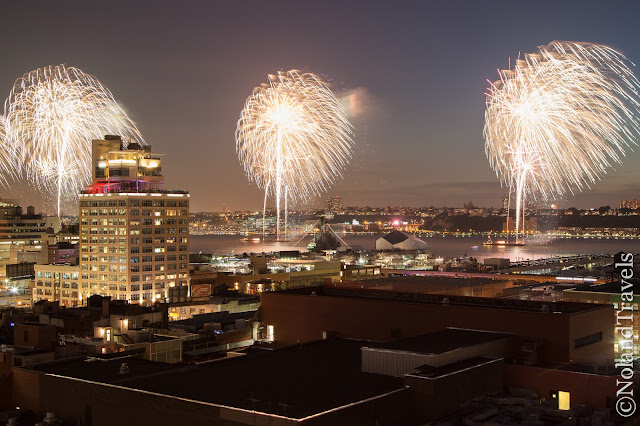 Living in New York City, our apartment overlooks the Hudson River from 14 stories up.  As you can see above we have one heck of a view for the Macy's Fireworks show.  At the river's edge you can see the Intrepid aircraft carrier with the shuttle enclosure now finally restored after Super Storm Sandy.

It was set to be a hot and steamy day in the city so we were out early for a grocery run.  The streets were quiet and we seemed to be the only ones out.  That wouldn't last long surely.  Needing a couple other trips to the grocery later in the afternoon things gradually kept picking up.  More and more people out and about, traffic increased and streets were gradually closed off by the police as people made their way down to the river for the fireworks. 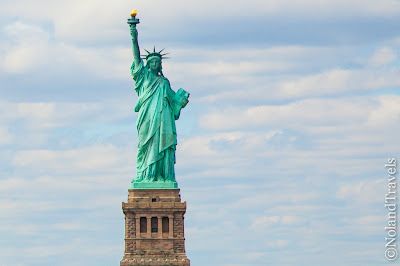 So what is one supposed to eat on the 4th of July?  We opted for hot dogs, mac & cheese, baked beans, cole slaw and watermelon.  Nutritious, no, but it sure did feel like the 4th. And to cap it all off we had a delicious homemade banana pudding.  Nice work Steph!  Now all we needed was FIREWORKS!

With the anticipation building we weren't happy with the window situation.  Great view, check, but the windows would only open about 5-6 inches.  That wasn't going to be good enough today.  Digging through the tool box I found a hex key that fit the window guard stop locks perfectly.  A big thanks to Steve for the comprehensive tool box!  With the guards off, the windows were wide open and the ambience streamed in along with the hot dense air. Hanging out the window you could see hundreds of people streaming down the sidewalk below all decked out in red, white and blue and trying to get to the water front before the show started.  Looking closer, we noticed that in all of the buildings around us party goers had filled every bit of prime firework viewing space on roof decks and outdoor patios.  There was an audible chatter from everybody nearby and the scene was set.

The show kicked off just after dusk and lasted about 25 minutes.  The blasts of light were followed by bursts of sound which made the windows vibrate. I took a few photos then hung out the windows like everybody else to enjoy the show.  What a way to celebrate the 4th!  I hope you all had a good one to celebrate this very special day! 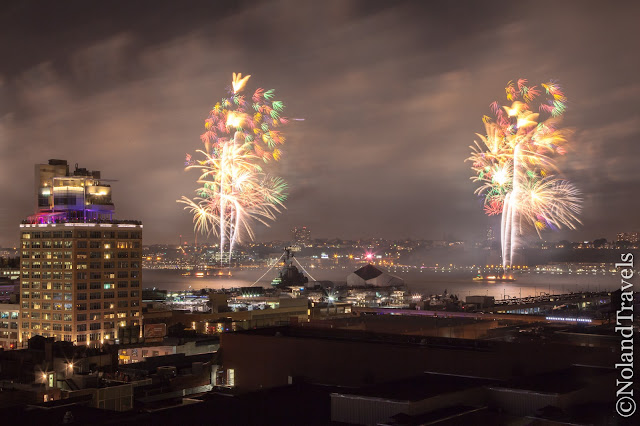