So when do you decide to take a career break? 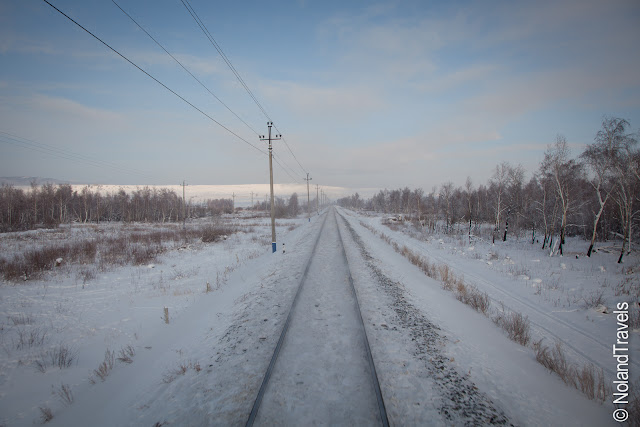 Before we dive into the Russia portion of our trip, I wanted to provide a little more detail on why we're taking a career break to travel and why we're doing it in this style (pretty much unplanned).  I know some of you think we're crazy (and we are) so we want to justify our madness.

It dates back a couple years…we'd been in London for over a year and knew we were already facing the end of Steph's secondment (but also thought we already wanted to stay longer).  We thought it would be perfect to take a break between living in the UK and US to travel.  When else are we going to have such an understandable break from work?

Many people in the UK and Europe take gap years after they finish the equivalent of US high school and before starting university.  When various people told us about their own gap years it made us really think that Americans were missing a trick not doing the same.  We've all known people who weren't quite ready or mature enough for university and we've also grown to believe there is SO MUCH to be gained from travel.  Gap years are brilliant.  That concept is somewhat why we went to London in the first place.

By the time we had matured enough in university to realize that some worldly travel might be really cool, we were both too far along in our studies to make it where we could not find a semester abroad that offered courses that would be suitable for both our degrees.  Missing that travel opportunity as a student was our one regret in life (so far!) which we remedied with moving to London  After moving to London and traveling quite frequently, we soon caught "the bug" and have been travel addicts since!  So with all of that in mind, we knew for sure that we had to take a break between the UK and US to travel.  We were also desperate to get to Asia since we were mainly traveling Europe while living in London.  One of our first ideas was in the post about the Oz bus. Sadly it went through some places that Americans shouldn't (and can't) go!  And we ultimately decided that would be way too much time on a bus covering ground and not enough time experiencing.

After making the decision that 2011 would be our last year in London and delaying it from April to July to…multiple times!…things suddenly just fell in to place around September 2011.  I agreed a transfer to NYC and sabbatical of sorts and Steph's company let her go on a career break.  With almost more ease than moving to London in the first place, we had both arranged 6 months off and a move to NYC.  It's travel time! (by the way, "6 months" was the happy medium we both felt comfortable with - 3 months was clearly not enough given our travel wish list and a year seemed entirely too daunting)

In the three months leading up to the holiday season and our eventual departure from London, we had a lot on our plate.  Decisions, logistics, packing, sorting and getting rid of stuff to name a few things.  So in all of the hustle and bustle we needed a way to start the trip that would allow us to "ease" into traveling.  Different from the last few years of maximizing travel, we hoped to slow things down with a new type of travel - slow and unplanned!

Well, we're both naturally "planners".  Steph has organized most* of our trips over the past five years, booking hotels and excursions and both of us reading and planning all of the many things we have to see and do.  So, we want to challenge ourselves a bit - throw ourselves in to the unknown.

* In the more recent years, in being very busy with work and life we have set off on a couple trips absolutely last minute (booking 2 days before for Corfu, Greece) and completely unplanned (Zurich, this past summer) and they have turned out to be some of the most memorable and special trips we've had.  We're hoping that the same "enjoyment from the unexpected" will come from our unplanned long travel.

As the days counted down we started throwing out ideas.  Overall we knew we wanted to focus on Asia - Vietnam, India, China and ocean-front huts like in Tahiti or Bali were hot on our list. Steph came up with the winning plan after a few drinks late in a pub one night, "Let's start by celebrating Chinese New Year in China!" (She sends a special thanks to Nicholas for recommending this one…on another late night…in a pub with the obligatory curry afterwards).  Ok, sounds good but when is that?  For 2012 it is January 23rd.  The time line fits.  Ok, so where do we start?  Dunno.

Then on a Saturday afternoon Steph dragged us to a travel store to investigate Round the World flights, trip insurance and travel vaccines...all the stuff that Steph is good at organizing.  While waiting for an agent, we were flipping through their Asia book and came across the Trans-Mongolian trip that ended in Beijing just before Chinese New Year.  Russia was always a place on of our list but somewhere along the way we just never really made happen for one reason or another.  We had already dismissed it for this long travel because we knew it would be way too cold to start there in January.  However, after reading that brochure blurb about it, we looked at each other and knew the Trans-Mongolian is where we wanted to start!

So with eagerness the agent called us forward and already knowing a RTW flight probably wouldn't work for us since we wanted to do so much land travel, we quickly shifted the conversation to booking this particular Trans-Mongolian ending just in time for Chinese New Years.  He typed away on his screen and came back with a "sorry, I'm afraid its all booked up".  No!  Devastation!

We then spent the next 2-3 days googling for any other company to offer a similar trip with roughly the same timelines but strangely it's not high season...  It was finally found, buried in the pages of google - a reputable company, offering a quality trip at a decent price.  Should we really go in January?  Really, it's going to be, excuse my English, bloody cold!?  So, Steph called upon a couple colleagues from Russia and asked if we were crazy for going to Russia in January.  They both said no, it's fine; Maria even thought London winters were worse because it was more humid and wet!  And my friend Oleg, while telling me I was crazy at the same time,  said it was a good time to go...  Alright then - book it!

Now, to buy a good coat and some waterproof winter boots from ebay!  (Steph sorted that by the way!)

Here is our rough itinerary starting the 31st of December 2011.  A big shout out to my brother and Tara for the great New Years Eve send off and the first leg of the journey!

Then a few days in Beijing to see us through Chinese New Year, hopefully catching up with my colleague and his wife.

So, stay tuned for more because not even we know what's next!  Well after the 24th of January anyway… :)
Posted by Unknown at 8:32 AM