Temple of Heaven and Heavenly Bathrooms 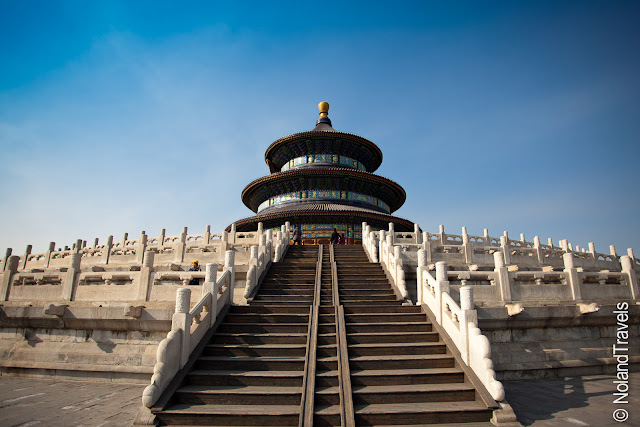 The Temple of Heaven is one of the main symbols for Beijing as a city.  Its plastered everywhere.  First built in the 1400s this iconic building has been a driver for a lot of far east architecture over the years.  It is a complete wooden building without nails.  Frankly, it is one cool building!

To make a long story short, the Emperor of China was recognized as the son of heaven.  Twice a year he would come to pray and give sacrifices, showing respect to the heavens, for good harvests.  There is a long and complex ceremony that the Emperor himself had to perform.  It was believed that any small mistake in the ceremony would be a bad sign for the entire country in the next year. 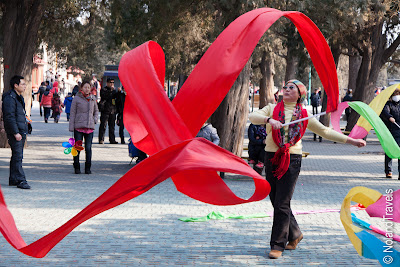 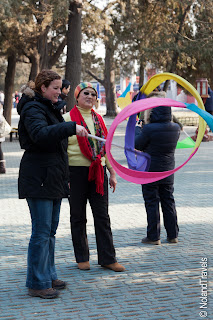 Set inside a big park in Beijing, you can also see lots of Beijingers getting the day's exercise amongst the old cypress trees.  From hacky sack to yoga, to flag twirling, along with other wild and wacky exercise techniques.  Our favorite was the flag twirling.  A group of laides would gather, turn on some music and go to town twirling the flags.  This particular lady was exceptionally good with a very long flag.  It was cool watching as she whipped the flag around to the music trying to not let the flag touch the ground.  She was also gracious enough to let Steph have a try and give her a quick lesson.  Flick and turn your wrist as you twirl the flag, she motioned.  Steph eventually got the hang of it and made some fun flag shapes.

After a few hours of touring we stumbled into some heavenly bathrooms (see our previous post about rated bathrooms).  A four star rated loo!  Heavenly...

We also had a quick bite to eat and we've now well and truly learned that "spicy chicken" in China is beyond our spice comfort level!  When they say spicy they mean spicy!

I also put together this panoramic showing two of the other buildings in the complex.  We sat and had morning coffee with this view!  This place is a must for any visits to Beijing.  It was fun to photograph.  Here are the rest of the photos.

To round out the day we taxied over to a not-to-be-missed antiques market.  The Panjiayuan market sells everything from cheap trinkets to grand and expensive antiques (although you need to have a good eye to tell the real from the fake)!  After wondering a few rows we went around the corner, found another busy area, then rounded a corner again to find a huge roofed area as big as a warehouse with row after row of stuff!  Steph could have done some serious damage here if shipping it home weren't an issue!  We did walk away with a pair of Chinese dog bookends though which should make it back to KY in about 3 months time thanks to "surface" shipping from Beijing! 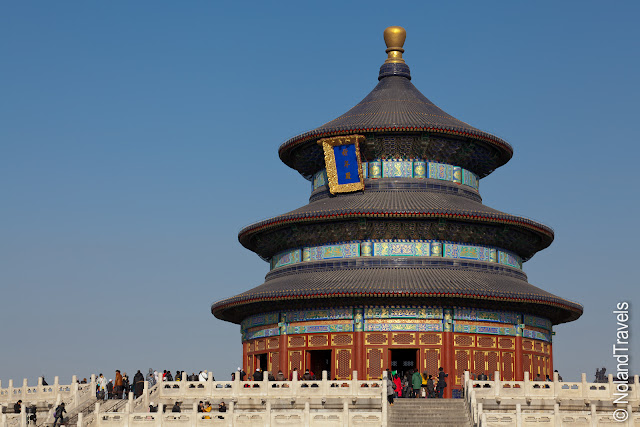