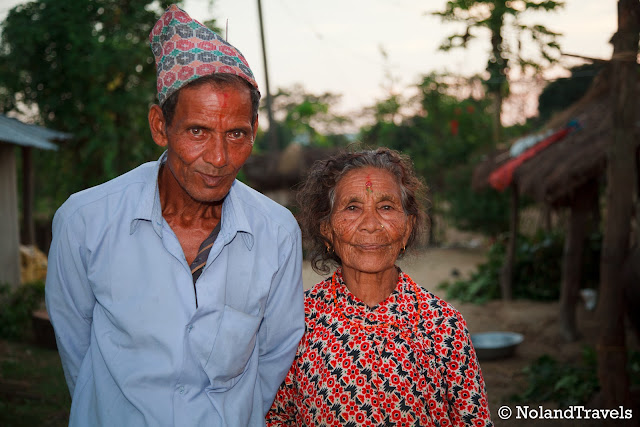 Before we get to the tour I wanted to talk about the pace at which food is prepared in Nepal.  It’s glacially slow.  At least an hour and possibly up to nearly 2 hours for a rather simple lunch.  One of the main reasons is down to food hygiene and the fact that it needs to be cooked fresh.  However we found out that they seem to only have one cook and most kitchens were probably only one burner as well.  So when one table sat down the kitchen was swamped let alone multiple tables at once.  It definitely took some adjusting to and a supreme amount of patience because some people in the group could already be finished before you had even begun.  It strikes you at how little we wait for food.  Hurry up with that Big Mac already!

We found out first hand how slow it could be in our free time before the tour.  We unfortunately walked in behind another table because well over 2 hour later we were the last to leave. 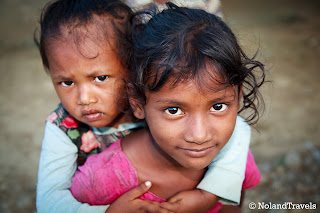 After settling into the lodge – decent little garden cottages - we headed out by open top jeep on a village tour.  Having done a few of these in the past, I was skeptical because they can be extremely bad…being completely staged and simply a means to get you there to sell you sub-par souvenirs. However, I was completely blown away and had to eat my words. We walked through a small village full of incredibly friendly, warm and welcoming people.  House after house they invited us in, came out to say hello, let the women interested hold the young children, show us there animals, no strings attached.  They seemed to be just delighted that we had taken the time to visit.  Some of them even wanted to just practice their English which is always good fun.  We were able to get a good feel on how the live from the size and decoration of their houses to way in which the prepared food to the livestock on their property. 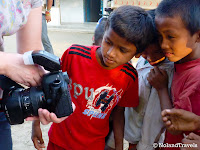 Gaining our nerve and pulling out the cameras, we attracted every kid under the age of 12 who would pose for as many photos as you would take them. In return, they only wanted to see the resulting image on screen.  So much so that they almost couldn't stand to wait for you to take the picture before starting to run over to see the result. They all wear such bright and colorful clothes and must think we are boring dressers. We met so many people and kids who all had such big smiles on their faces, probably mimicking us! Some of them obviously wanted to chat to practice the little English they knew. Others, generally the older (e.g. MAYBE 20 years old), stood quietly in front of their house, obviously hoping you would see them and come converse and take pictures.

The lady in red with the round tray of flour seemed to so enjoy herself.  Besides her huge smile she was constantly making the others in her family laugh by dancing around without a care in the world.  She then showed us how she tosses the flour and spins the disc around.

Later on we found a man separating lentils from their husks/shells. He had a big pile of lentils in a cone shape and was using a round basket top to fling another layer on top, then fanning the pile to separate off the husks. With a bit of translation help from the guide we persuaded him to let me have a try.  After watching his routine quite a few times I followed suit and scooped up a few handfuls of lentils into the basket lid, walked over to the pile and nervously tossed the lentils on to the pile. Its a small art form to do this where you gently spin the basket lid as you throw, lofting the lentils so they spread evenly onto the pile. I was a little heavy handed but manage to do ok. Otherwise I’d have been cleaning up after myself.  Steph was nervous I was going to toss his lentils all over the place! Below you can see his throw then my throw.

During the walk, I also tried some of the local dances and jumping rope with some young children. It was an incredible experience walking around the town meeting people, shaking hands, photographing the kids and just soaking in the atmosphere. As the sun set for the day over this remote village, we couldn’t help but think it would be nice to go back to a simpler world.  Its a startling reminder at what what a high pace life we live our lives... 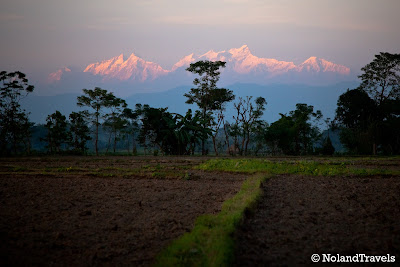