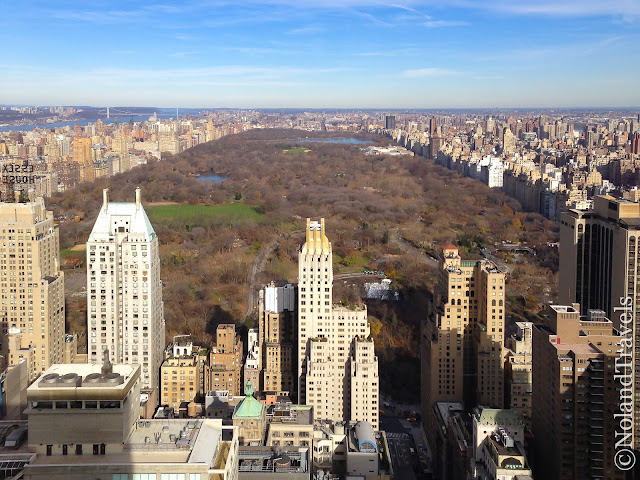 People keep telling me that as the years tick on they just go faster and faster.  If 2012 and the first 2 months of 2013 are any indication then life is set to continue on at a blazing speed.

So, after 5 months, some 30 thousand miles of traveling on countless buses, trains and planes we landed safely back in Kentucky with one heck of an achievement under our belt.  However, we needed to transition back to the real world.  We were tired and needed some familiarity along with a good dose of friends and family at home because there were adjustments that had to be made.  What do you mean I can't get a full meal for $2 dollars?  We had lived on $50 dollars a day in India and now a tank of gas costs at least that much.  Besides price shock there were those darn social pressures like having to take daily showers, wear more than just 2 outfits of clothing and keep reminding myself to leave the camera at home.  I know, I know, you're thinking, "seriously"? 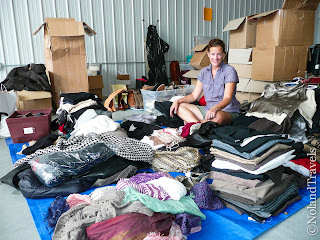 Plus there was no time to rest.  We only had a few weeks to organize a move to NYC because work start dates were on the horizon.  On top finding an apartment, we had stuff in 3 storage locations that had to be sorted through and some how moved to the city.  Steph sure had fun sorting through all her clothes after living out of a backpack for months.  There were a lot of, "I had forgotten about that", as she pulled stuff out of boxes.  In the end, it all went surprisingly well and we found a great apartment that suits our needs for now. 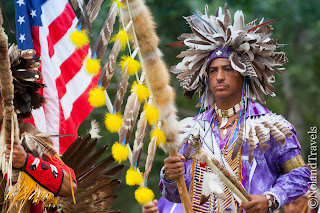 After the move and settling into our apartment in Manhattan, we went through a lay low phase and were sofa bums.  We weren't up for eating out or sight seeing and the camera collected a little more dust than usual.  This was the first time we'd stopped in 6 months and it felt good.  We were content to stay in, giving us time to adjust to being back in the US and being back to work.  So, with the nice summer weather we enjoyed our roof views (last photo below) and taking the opportunity to picnic there to relax and soak in the city.  The months ticked away, summer turned to fall then to winter. 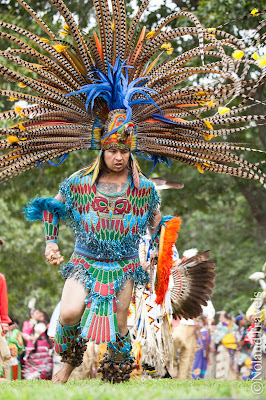 The problem is we still have a lot left to talk about from our trek through Thailand and India.  Not to mention there are a few stories we'd still like to tell from the last few years like Carnivale in Venice, eating churros in Madrid or the penguins from Boulder Beach.   But for now, I'll try and get out a few interesting posts and we'll see how it goes.

Now before I jump back into the trip, I wanted to give a light run down of what's been keeping us busy since moving to NYC.


There have been a few walks in Central Park, Broadway shows, breakfast at Tiffany's, visits from friends, and Christmas in the city.  The only real travel to speak of was a weekend trip to Long Island - some beaches, the Hampton's, Montauk and a native American pow wow.  The traditional costumes were outstanding plus after travelling it was interesting to see a little American history and culture.  Little did we know that a few months later a hurricane would bare down on the area and devastate some of the beaches we visited.

Then Hurricane Sandy.  Whoa - our first hurricane experience.  However, we didn't have any problems compared to others.  14 floors up on the west side of the island, we just hunkered down and stayed inside.  It was only a little rain so we were lucky.


We also had a slew of trips home for birthdays and the holidays - my brother had a milestone birthday, our first thanksgiving in 5 years and then Christmas in both West Virginia and Kentucky.  It ended up being 4 trips in about 8 weeks. 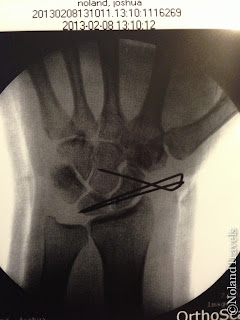 Late in 2012 I ran into a bit of a medical problem.  To make a long story short, I tore a ligament in my wrist (an old sports injury) and had to have surgery to repair it.  What a pain.  Poor Steph has had to take care of me because I'm in a cast for 10 weeks.  The x-ray should tell the story and needless to say I can't use my left arm to do much.

Anyway, now that we are solidly into the new year and the NYC winter is in full swing, the travel itch is swiftly returning.  We are starting to look at travel destinations for 2013 and starting to re-live all of the travel from 2012.  It was one heck of year but there are still stories to be told like a hand stand on the Brooklyn Bridge, a gorgeous sunset over the Statue of Liberty or our view in the evening on a clear night at our rooftop picnic...

New York is such a vibrant and exciting city and we are just scratching the surface!  It will let us out at some point for more travel adventures.  Stay tuned. 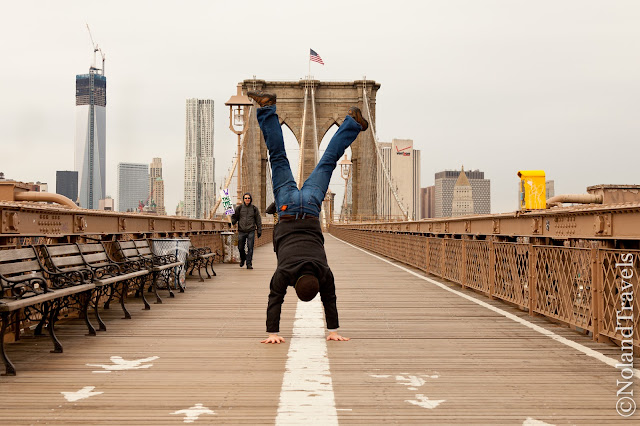 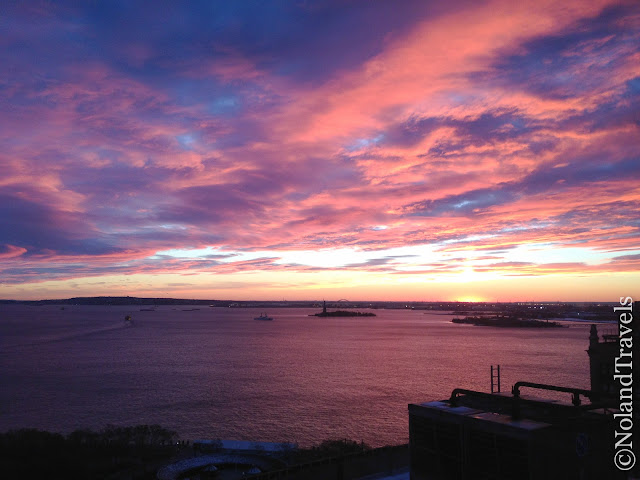 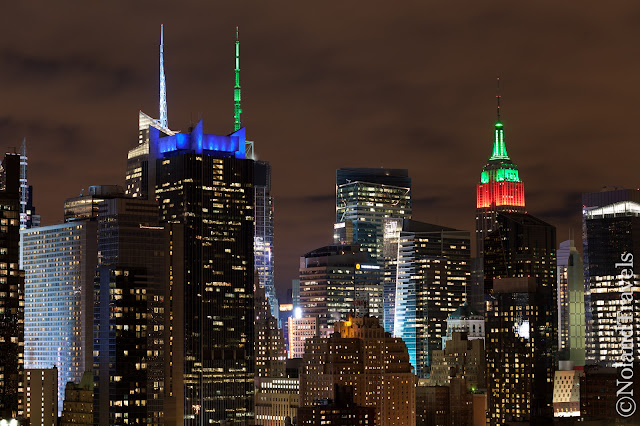