Timeout For Some London Sights 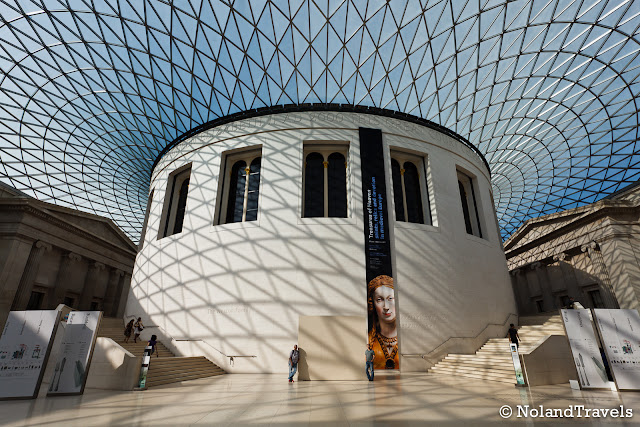 As I touched on in the last post, Zac was in town for the weekend a few weeks back.  He needed some time away and I had some time off, so he booked the red-eye to London for a few pints.  Normally October is starting to cool off but in the days leading up to his visit a heat wave set in.  Temps climbed into the 80's which is hot here and unexpected. 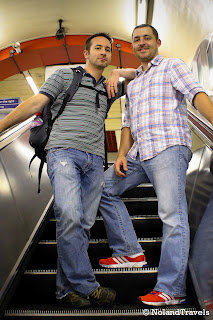 I'm going to keep it light on the weekend events, but Steph and I gladly played tour guide as we hit up some of our favorite places along with some of the better known sites.  Fresh off our trip to Manchester, we started by heading over to the the British Museum.   If you look close at the picture above you can see Zac and I in the spectacular atrium.  We went mainly to see the Rosetta Stone and the 2012 London Olympic medals currently on display but also enjoyed a few of other exhibits.

The weather continued to be hot and sunny, so the next day we decided to grab some lunch and head to near by Regents Park.  I had recently signed up for the bicycle scheme but had not tried riding from place to place yet. Feeling adventurous, we decided to take bikes instead of the bus to the park.  Hoping on the bikes we felt a bit unsure, only vaguely knowing where we were going, so we decided to stick to the side streets and take it slow.  However, on a couple occasions we had to make some quick decisions to avoid one way streets and ended in the midst of heavy traffic. Luckily we didn't have any problems but a few times cars were whizzing by as we waited to turn right.  We held our nerve and stuck to the cycle lanes using hand signals wisely to navigate our way safely to the park.  Who needs a coffee to wake you up, just hop on a bike in central London.  It will no doubt put you on high alert. 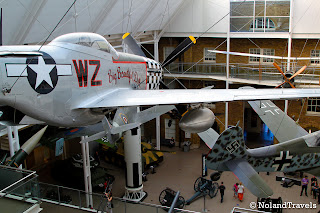 With Steph at work, we decided to visit the Imperial War Museum.  It's a site I'd been wanting to see after hearing some good reviews and it didn't disappoint.  You walk into this amazing gallery full of restored post WWI planes, tanks and jeeps.  From there you can see detailed WWI and WWII exhibits including a trench replica from WWI along with a eerie simulation of the Bombing of London.  This is all topped off by a heart retching Holocaust exhibit which is always hard to stomach.  There is so much to see and ALL FOR FREE!

Steph and I really enjoyed having Zac over.  It was good to grab a few pints, take it easy and explore London.  So before I wrap this up, I want to give a shout out to Zac's wife, Tara.  While walking around the south bank one evening, we stumbled on this chair that Zac was hoping you could make for the house.  Pattern and all!  Anyway, we wish you could have come too, hopefully next time! 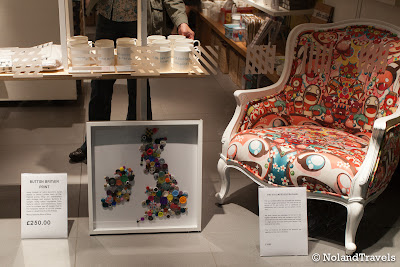