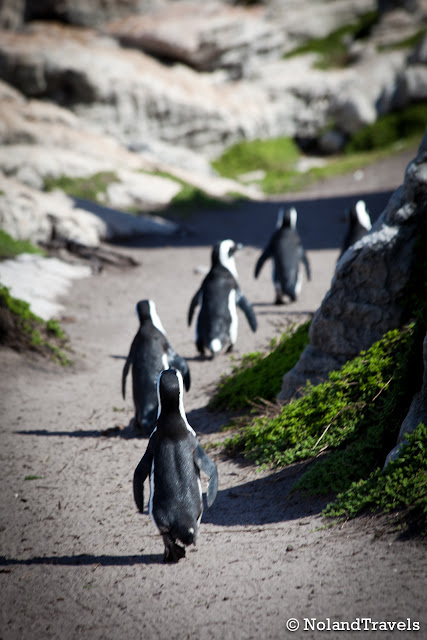 Penguins in Africa?  Well, yes - there are apparently many!  These cute little guys are more formally referred to as Jackass Penguins.  I'm not making that up, I swear!  They make a loud hee-haw noise exactly like a donkey.

With a day off from the sharks due to weather, we headed off to Stoney Point, Betty's Bay to see one of the three land based penguin colonies in South Africa. There is something special about seeing animals in the wild and in their original habitat.  No matter what animal, a first encounter is such a thrill.

And the penguins didn't disappoint.  What I can only describe as bumbling and stumbling around in there tuxedos, they were so amusing just going about their business - making nests, in and out of the water, grooming and sunning themselves.  On the site there is a board walk that allows you to wonder around without disturbing the penguins. It actually makes it easier to see them because the site is rough and rocky and would be hard to navigate otherwise for us humans. The penguins don't seem to care and have carved out paths which are like little highways allowing them all to reach their nests.

There really isn't much else to report other than what fun it is to just sit and watch.  One of the girls on the shark project who had already seen them said we wouldn't be there more than a half hour - well, she didn't know us and our amusement with watching animals and photographing them!  You just keeping wondering when they are going to topple over as they waddle around! 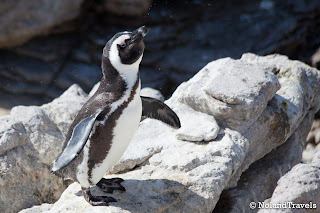 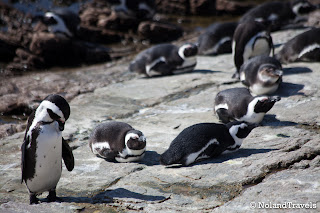 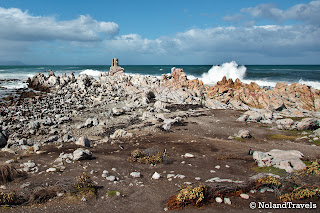 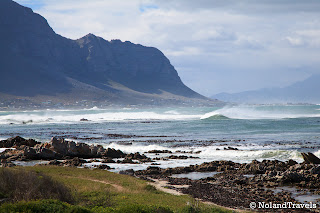