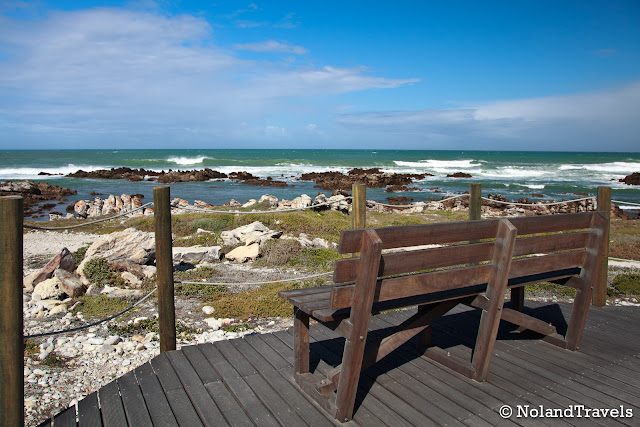 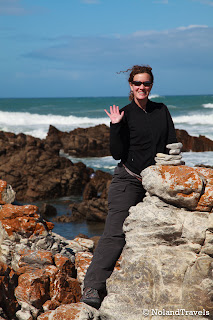 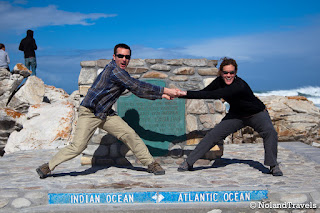 When traveling sometimes you go places and you just can't help picture yourself on an map.  For instance you are standing at the farthest point you've ever been away from home and mentally visualizing it on a map.  Other times it might be some remote place where you can picture how far you are from civilization.  Or maybe you are on some island out in the middle of the sea or at famous landmark.  Well this is one of those times.  Standing looking out to sea, I couldn't help but picture where we were on the map, the southern most tip of Africa - Cape Agulhas!

Its more famous cousin, the Cape of Good Hope, comes later on in the trip but, this is actually further south.  More than that, Cape Agulhas is actually the spot where the Indian and Atlantic oceans meet.  Initially I had visions of some big line that extended out in the ocean like some sci-fi movie or a big swirling vortex or some huge wall of water colliding, but no!  It was just a normal rocky coast line with waves crashing to shore.

The only real sign is a fairly simple monument which represents the geographical line scientists mark as the exact break between the two oceans.  Steph and I had a tug-of-war match to try and make the divide more dramatic, she won of course.

So besides dreams of Antarctica staring out to sea, we had a lighthouse to climb.  Red and white stripes as you'd expect, we ascended the steps to see what views awaited.  The views were great but it was so windy we didn't stay long.  Plus it was lunch time and a local fish and chips restaurant was calling our name.  We needed to refuel before trying to swim with sting rays.

However as exciting as that sounds, it didn't happen.  The sting rays were a no show.  Despite our best efforts, wet suits, chum line and all, we couldn't lure a sting ray into the bay where they frequented.  A combination of the wind and some off shore fishing boats were too much for our small trail of anchovy oil to overcome.  Oh well, maybe another day, we at least got a few good views from the small harbor. 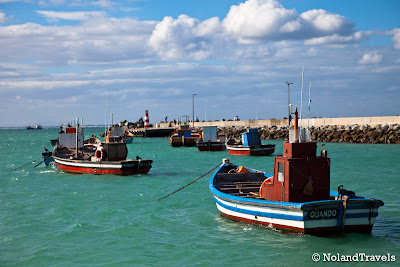